More than just a sneaky pig

...He's Bill Cunningham.
+ (what's with photographers' having exciting names that you can play around with?)


Anyway as stated in my previous blog post with fashion photography it often seems like it's traditional vs. contemporary. Nick Knight was my example of the contemporary photographer and Bill Cunningham is my traditional example. Recently, during the film festival, I saw a documentary about this incredible man and became inspired by his way of life. Originally this man made hats but then one day a friend who was in fashion placed a camera between his hands and Bill became a fashion journalist. From that point on Bill would daily navigate the streets of New York on his bicycle taking pictures of the trends that he sees occurring. He says he sees fashion as an, "amour against reality" and we absolutely agree! Bill lives in a tiny, one room apartment and has for all his life, he also states that he's never had an intimate relationship with someone because he is in love with fashion, c'est tout. He is seriously the cutest guy and everyone in the fashion industry seems to admire and adore him. Anna Wintour says that on days he sees her and doesn't take her picture she knows her outfit needs changing.
He currently works with the New York Times and these are some of the styles he's noticed at different times and documented. Bill isn't arty like Nick it seems. His photography is more about documenting and predicting trends. 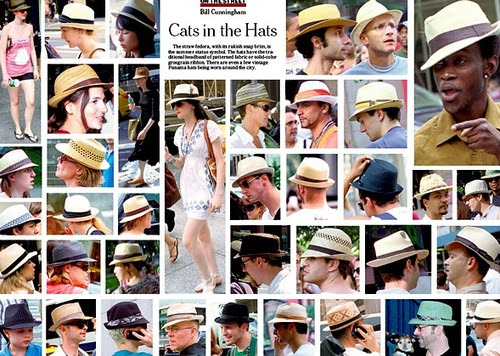 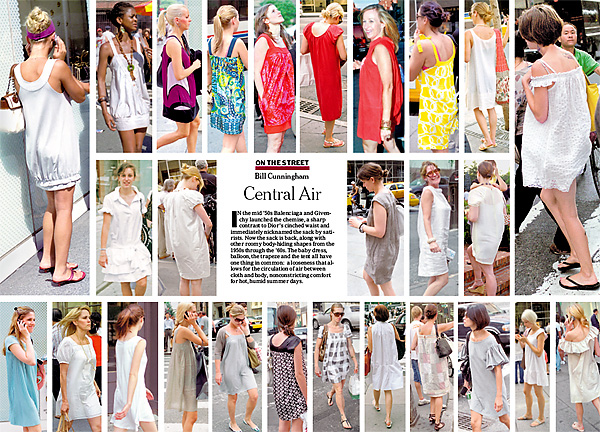 He also does a commentary of styles he's noticed on NYtimes.com. His voice is totally gorgeous in a kinda subdued and sweet New Yorker way. Check it.
XX
Lou
at 5:49:00 PM