the incomprehensible guide to road tripping across the states[2] 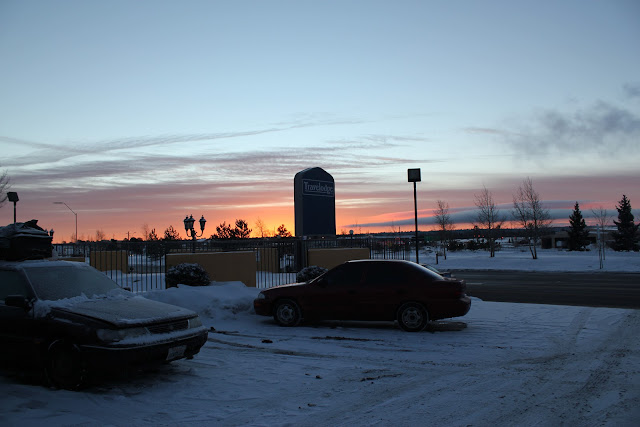 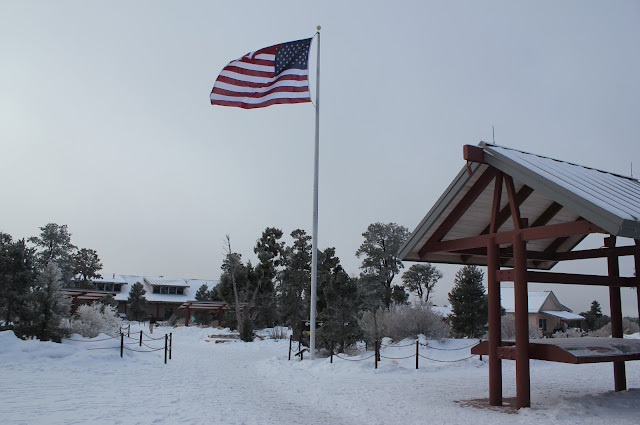 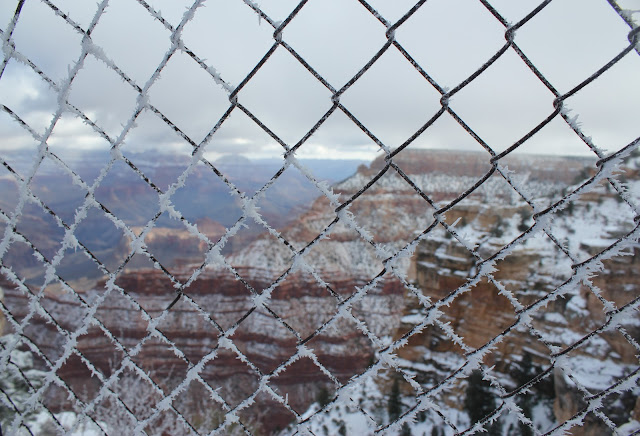 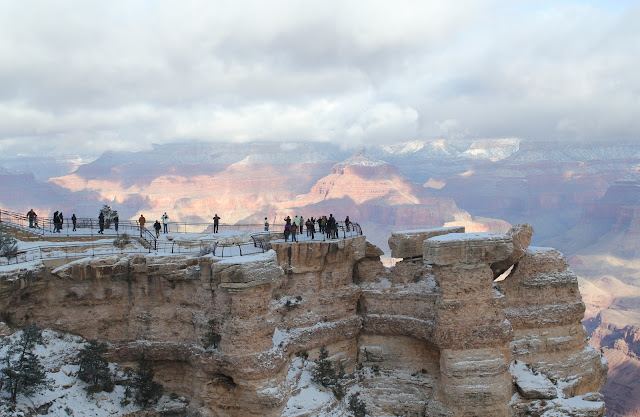 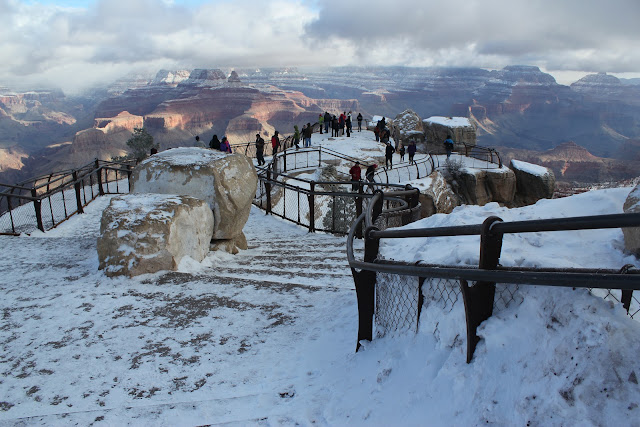 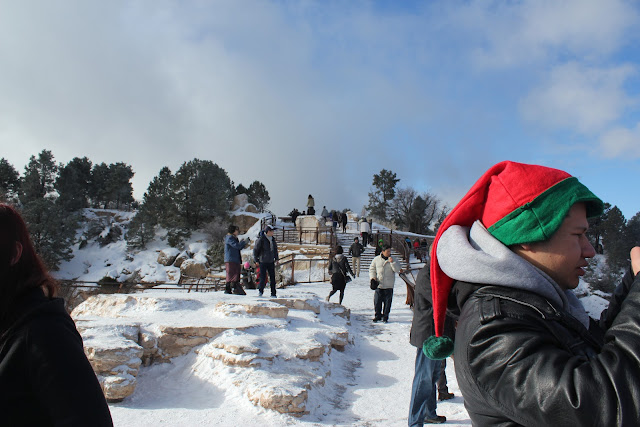 After waking up to a snow covered town, we drove towards the Grand Canyon in search of one of the world's greatest wonders. Unfortunately, before we even left Flagstaff, we were build over by a particularly enthusiastic cop - I guess the car's complete lack of licence plates had something to do with it. Strangely enough - that was the only time we were pulled over on the trip. 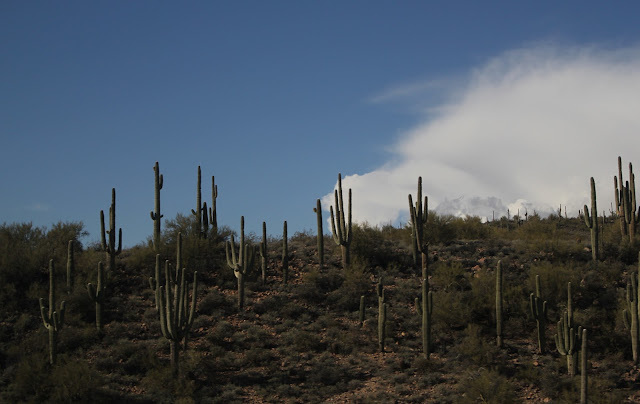 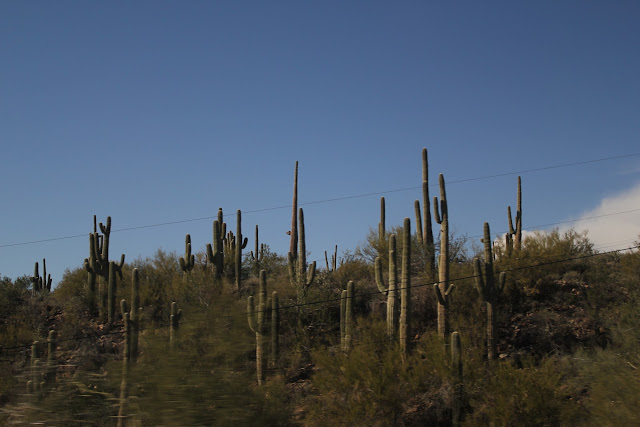 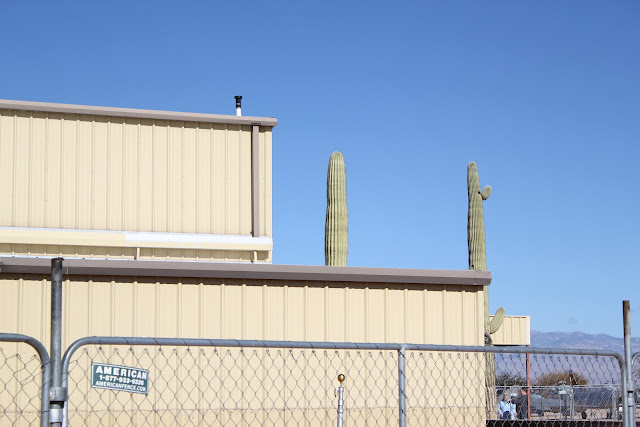 Driving across the States is a bizarre experience. The altitude change from the Grand Canyon to Tucson, Arizona was made obvious by the replacement of cacti instead of snow. However, it was still very cold. In Tucson we went to an airplane graveyard and museum where you can see literally thousand of airplanes being pulled apart and recycled. If you go on a guided tour you'll be simultaneously terrified and fascinated by the development of these war machines. The Flying Fortress is probably the most horrifying machine I've ever seen - no wonder so many didn't return home. 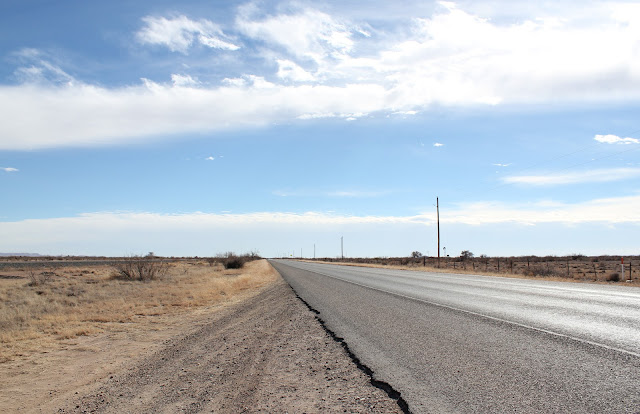 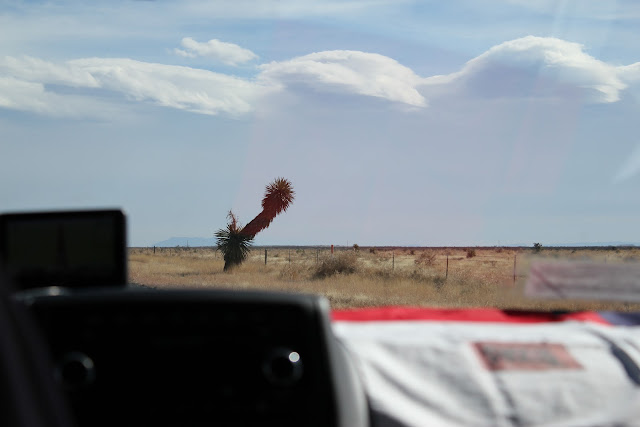 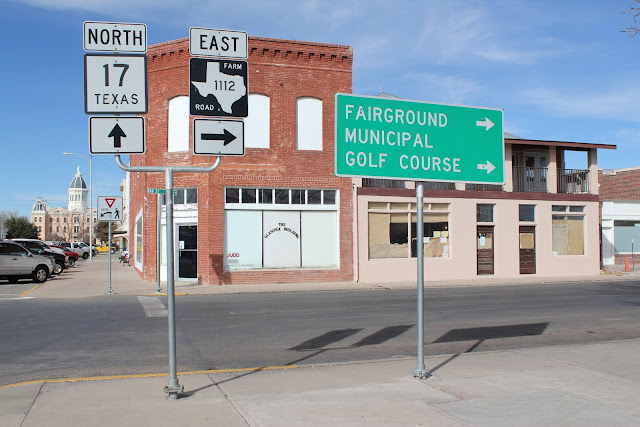 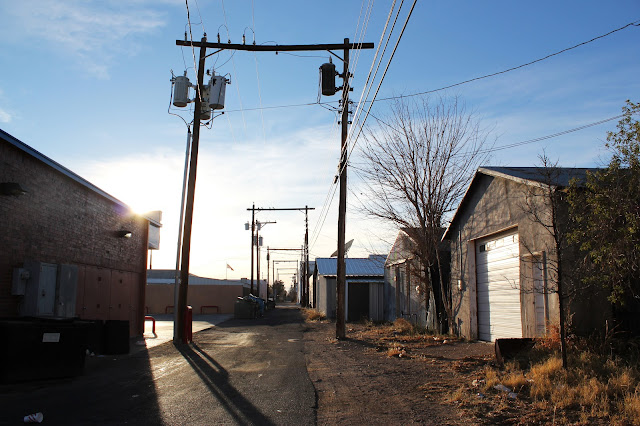 I've already written a post on Marfa but, in the context of the road trip as a whole, it's by far a highlight and perhaps a good way to reinstall faith in America. The straight, long roads of Texas surrounded by fields, tumbleweed, strange cloud formations, train tracks and distant hills are beautiful to travel. Every now and then you pass bizarre, tiny populations of hicks. Often, in the distance, you'll see Border Patrol vehicles raising dust and dirt across the fields. The border crossings are out of control! On that note, driving through New Mexico was a shocking experience - it's improvised with shanty town housing. For part of the trip you can even see the border between the States and Mexico, it is marked by a strangely unassuming fence. 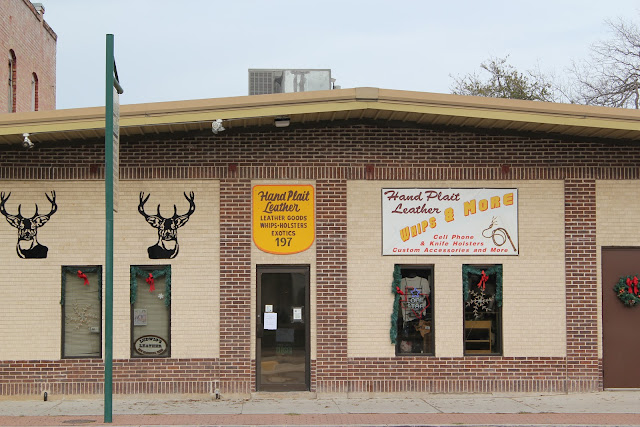 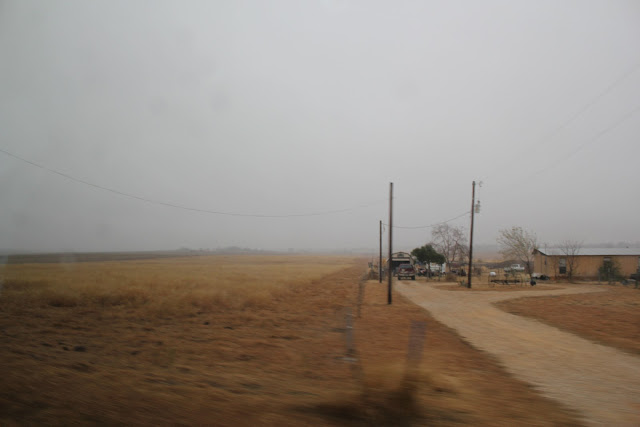 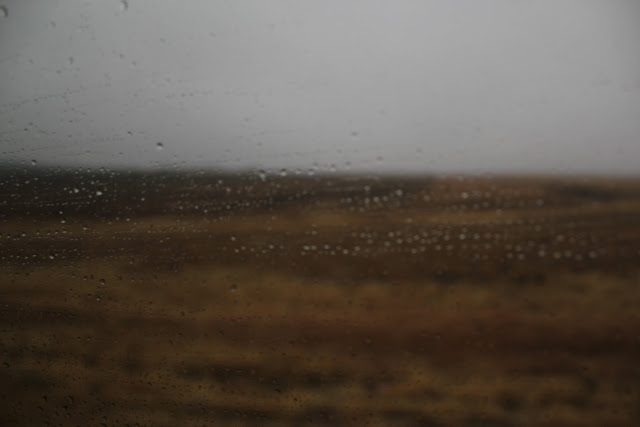 Apart from the cute German town of Faust (in Texas) and a lovely place we stayed in Alabama, the rest of the trip turned into a blur of interstates, fields, smog and rain. It is hard to maintain energy to do anything when you're cramped up in a car and all you can see is rain. So if you're planning a similar trip - numerous stops and non-interstate routes is an absolute must.