at the age of twenty two 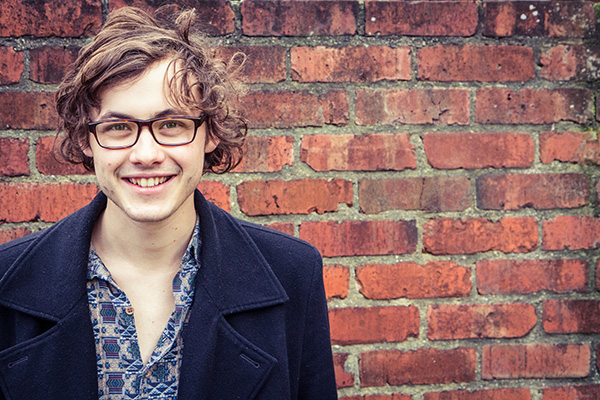 At the age of 22, Richard Ley-Hamilton has already created a name for himself as a prominent Dunedin musician, performing and making music for an array of interesting bands. Richard also works part-time at a record store, and by the end of November he will have finished his honours dissertation in History. I caught up with Richard to ask about his music and studies. [Below is the longer version of the interview. You can find the shortened interview on the Critic website here.]


When did music become a big part of your life?

When I was about ten or eleven I was going through my mum’s attic and I found my grandmother’s guitar - I never met my grandmother but the guitar was a really cool, old accoustic. It had no strings on it. I went and got it restrung and I thought ‘What the hell - I’ll go and get some lessons’.

Some people need to know them.

Yes, but for me I didn’t feel like I wanted to. I think I learned ‘the rules’ by osmosis - by listening to lots of music it gets built into you. There are things that you find familiar and things that click with you and you understand the rules. My band Males is all about rules and structures - it’s about fulfilling those but interweaving enough individuality and surprise into that so when people hear our music they feel there is something distinct about it but there’s also an essence of familiarity that they can relate to.

The biggest thing I despised about learning technique is the whole idea of high culture art where people come along and watch people who are bigger, better and superior to them who dictate creativity and dictate everyone else - everyone has the potential to be creative and that’s what irks me more than anything.

How do you then separate yourself from other musicians but also earn an income?

If I knew the answer I’d be doing that already. I feel like, from the start off, what I’m going to write about and how I will approach music is going to be individual to an extent and with that individuality in mind, I can abide to the rules that are needed to fit into the music industry.

How did you continue your interest in music once you went to university?

Music and education are kind of equal plane. They’re like two horses in a very, very long race and neither of them are going to win out in the end. A philosophy of mine is to keep as many options as open as possible. I hate closing doors. That’s why I am a part of so many bands. I see so many unique and fantastic individuals around town making music and I just want to be involved. It’s not enough for yourself just to create music - it’s about engaging with other people and creating something that’s beyond yourself.

Are you ever satisfied with the music you make?

I have high standards for myself that I will never meet. Ever.

What about making money?

There is that reality. That’s one of the main reasons why I started writing the songs for Males because I thought, ‘Okay - you’ve tried the music that makes you happy. You’ve tried the music that your friends enjoy playing with you. Now it’s time to try something that’s more accessible - I want people to enjoy this music, I want people to have a good time.’ This means the music in itself will sound inherently familiar but I’ll still satisfy a level of creative expression. Hopefully Males will be the avenue that gives me that sense of security and helps me continue making music for the next few years.

What is it like to tour and perform a gig?

There’s a level of anticipation in the days or weeks before a gig and we try try not to overpractice otherwise the music comes across as very stale. You want the band to be elastic and sound like everything is about to fall apart and then it somehow keeps together.  You have to feel like you’re pushing for something better than you’re able to do.

What goes through your mind when you are on stage?

Being on stage is the most enjoyable part of being a musician. Once we start performing at a gig I will spend the rest of the set in a completely different state.

In a lucid state?

Yes. A lot of the times I am more lucid on stage than any other part of life. I experience moments of complete clarity. I shoot onto auto-pilot, I am aware of myself doing things but I’m not consciously acting upon it all the time. When I perform and people are cheering at the end of songs and shouting fractions of lyrics out it’s not an amazing feeling - it’s a surreal feeling. I don’t understand it.

Does it feel like the audience is worshipping you?

If you were a drug what would you be?

Probably caffeine because it's good in small doses at regular intervals. It aids conversation. It's the best thing first in the morning. Wait are we talking about me? Oh God. Wait can I change my mind? Maybe I'll choose nicotine. Nicotine is such a reflective thing. You see smokers all the time and they're just sitting there in their own thoughts - contemplating their day, what they're about to do next. I see cigarettes as a way of tangibly dealing with weakness because we all have aspects of addiction and weaknesses of character that we have internalised and having a smoking addiction is a way of seeing that and it gives you some sense of control - or helplessness - either, or.

It's externalising your flaws? Wow... How do you balance being almost a full-time musician and an history honours student?

I balance it terribly. Music is what makes me tick, what keeps me sane. Other people have dependencies on other things - relationships, drugs, routine - for me, it’s music. If I don’t pick up a guitar or listen to songs in a day it freaks me out! I feel like I’ve lost my bearing! It’s a fine balance which is often weighed in favour of the music but I continue to do the intellectual side because I know it’s good for my mind and my parents have done so much for me, the least I could do is give them a sound and competent degree that shows I respected their direction to this point.

Can you briefly summarise your dissertation topic?

To identify and restore the voices and values of the conservative Christian population in the last fifty years. I have chosen to research this idea because society is progressing towards a less spiritual and a more secular, materialistic existence which both frightens me and is not reflective of reality. New Zealand is filled with a lot of myths. There are a lot of things we appear to be and that we assert we are but we’re not at all. The green image and the fact that we’re tolerant and progressive, democratic society - nope, not at all.  The idealisation of a liberal New Zealand ridicules and diminishes the conservative Christian population - that’s one of the main reasons I wanted to do this topic. One of the pearls of wisdom my dad throws at me is to seek first to understand then to be understood.

Some of the bands Richard is involved with (to varying degrees) are:
Males
Space Bats, Attack!
Kilmog