When I was in Hong Kong (almost a month ago now) I stayed with a wonderful friend called Oriana. Oriana has incredible taste in everything from aesthetics to food and alcohol. She is also unbelievably generous. This meant that my first time in Hong Kong was a flash of insider experiences and decadence...and I'm not sure how much of the experience I could have afforded myself! Although I only had a week there (and therefore barely scratched the surface of HK), below I have posted some things that I loved doing and you might too when (or if) you ever visit HK!

However, before you look at my short list, you'll want to know how to get around! One of the first things I did after getting into Central was purchase an Octopus card from a booth at a MTR station. This will get you on the cool trams (which are fun just to ride and watch HK go by), the subway and the buses. But also, taxis are pretty cheap too, so don't be afraid to hail one down New Yorker style. 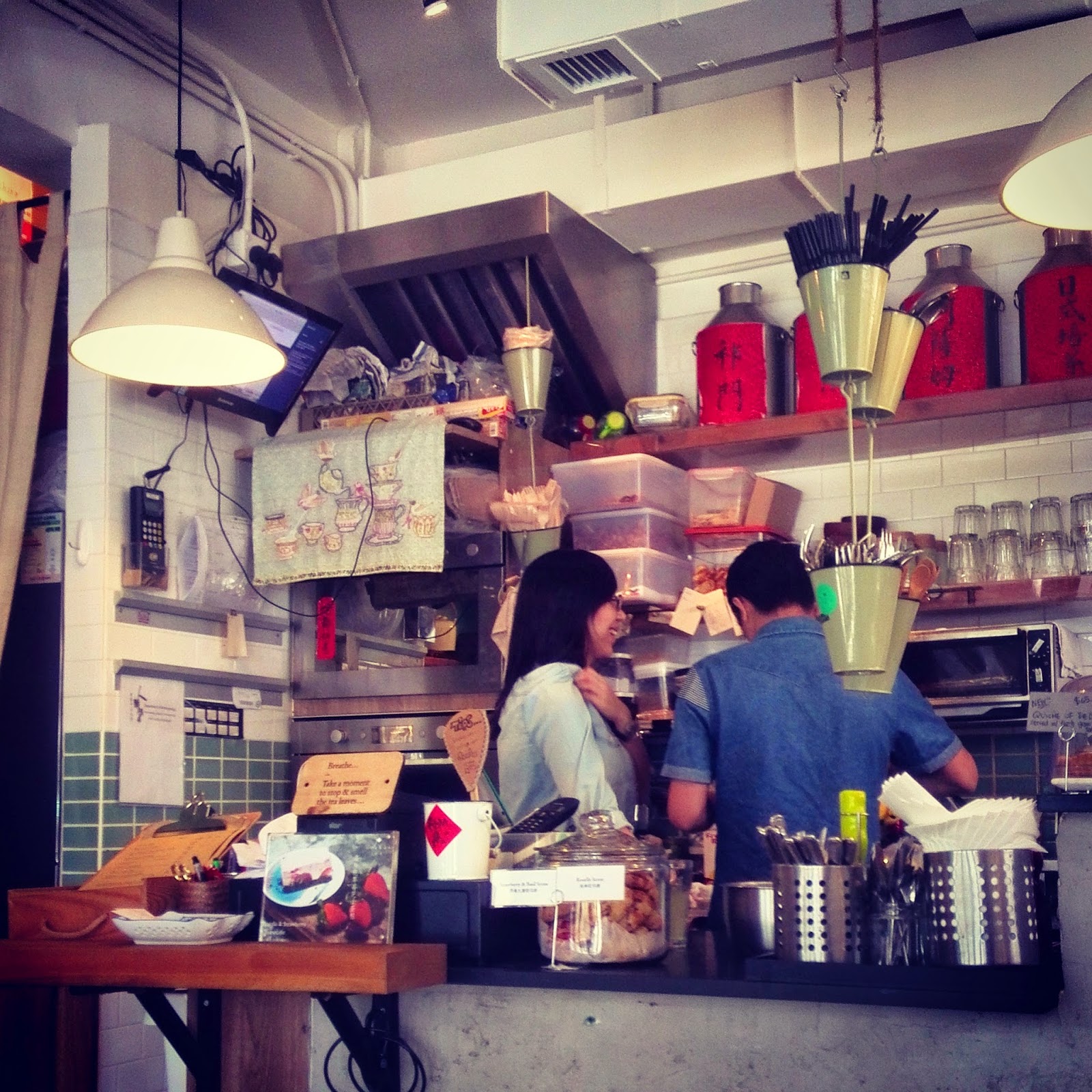 1) My favourite street was Tai Ping Shan Street (thanks Jane for this recommendation)! Along this street are beautiful temples and cool cafes. Teakha (pictured above) is also just down a very short road off Tai Ping Shan. It has wonderful tea drinks, but may take a while as they can get quite busy! 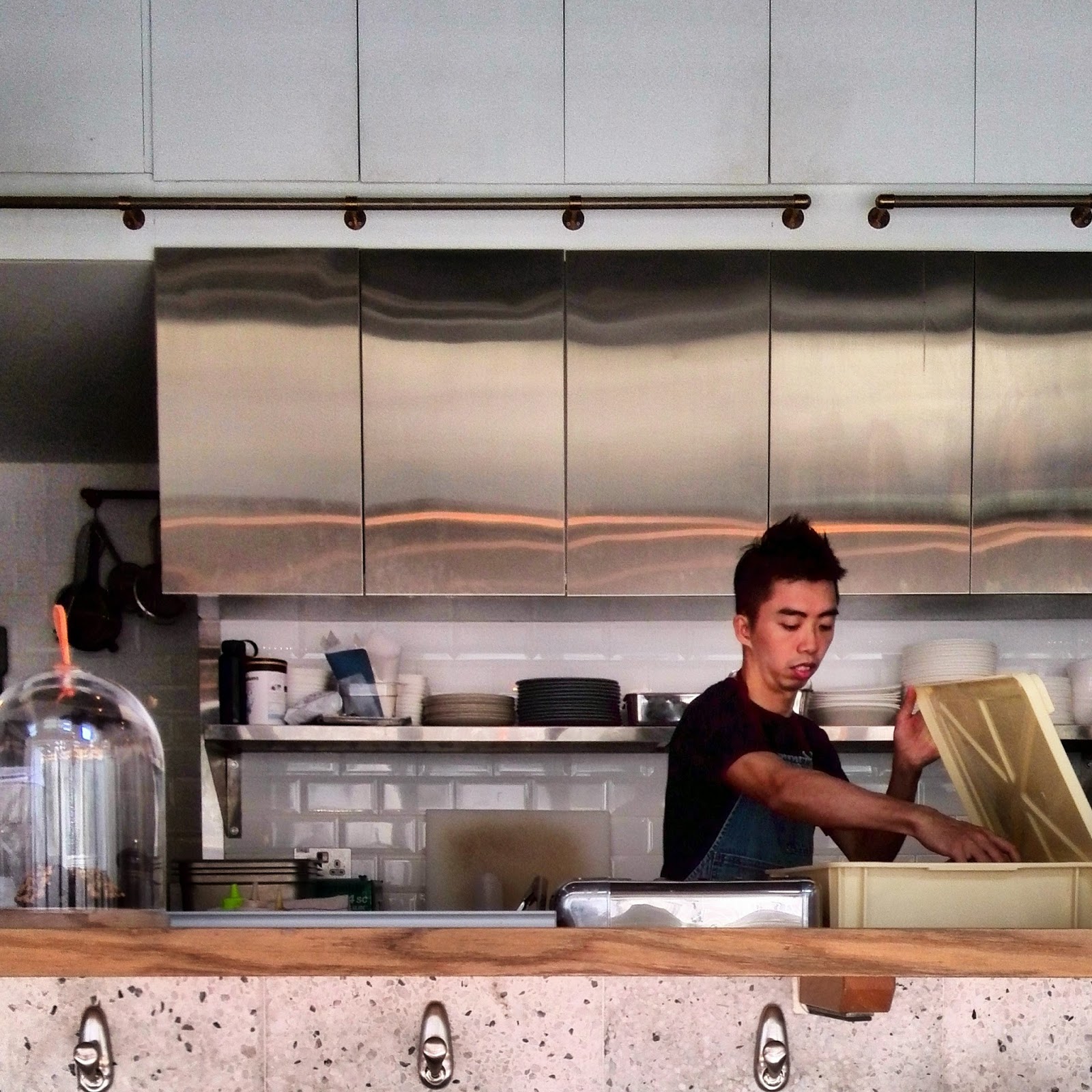 2) After an early morning spent orientating yourself by climbing Hong Kong's famous Victoria Peak, head downwards (use a map) to Café Deadend (72 Po Hing Fong in Sheung Wan) for a peaceful and delicious breakfast. And don't be embarrassed about being sweaty from the big walk, just imagine it as a sexy sheen. 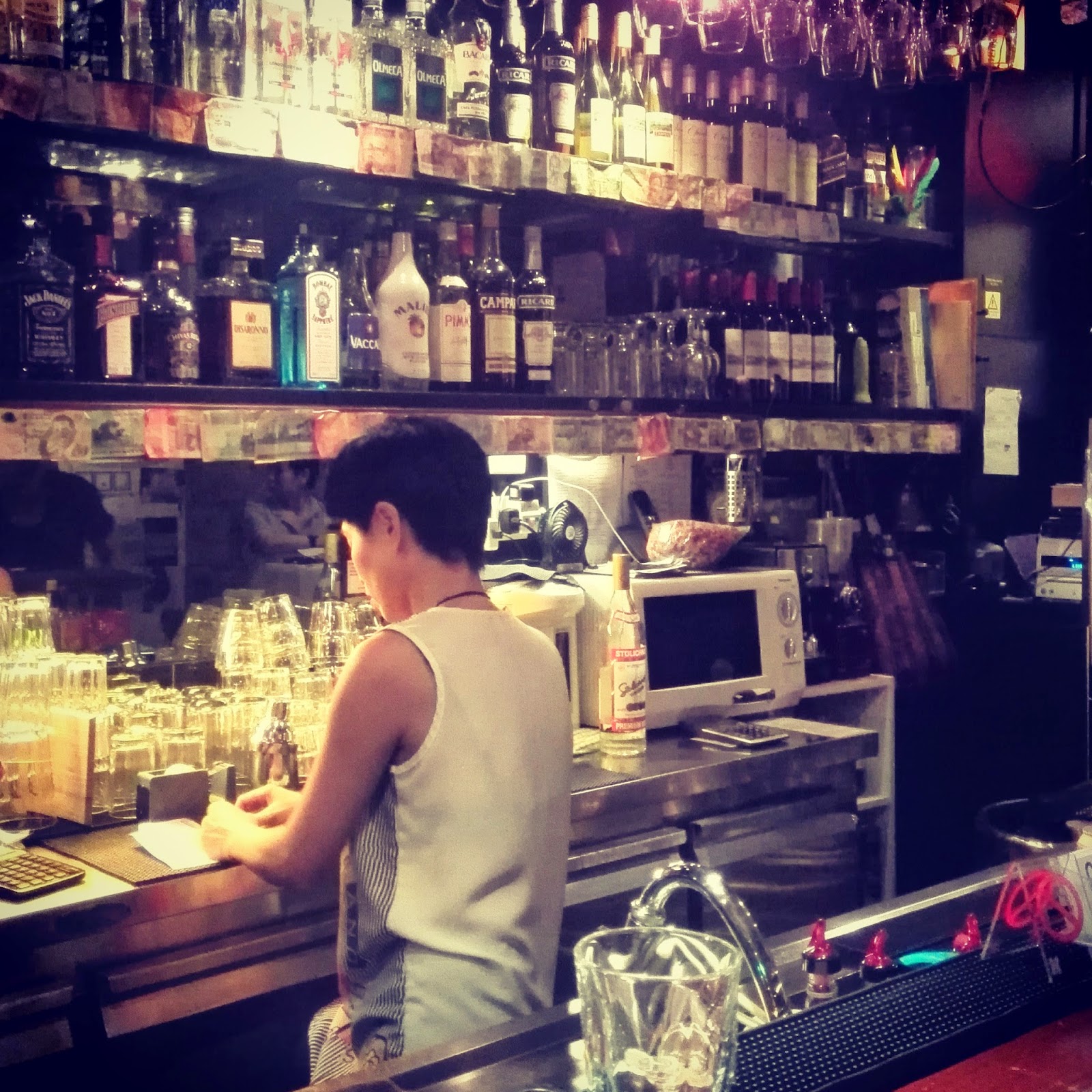 3) Although viewed as a Hong Kong "must" by many mainstream publications (including The Guardian), Club 71 impressively holds its cool. Filled with interesting history, it is especially known for the artists, journalists and political activists that frequent it. You can find this gem on Man Hing Lane via Peel Street. There might be an especially interesting crowd there now given the protests occupying Central. 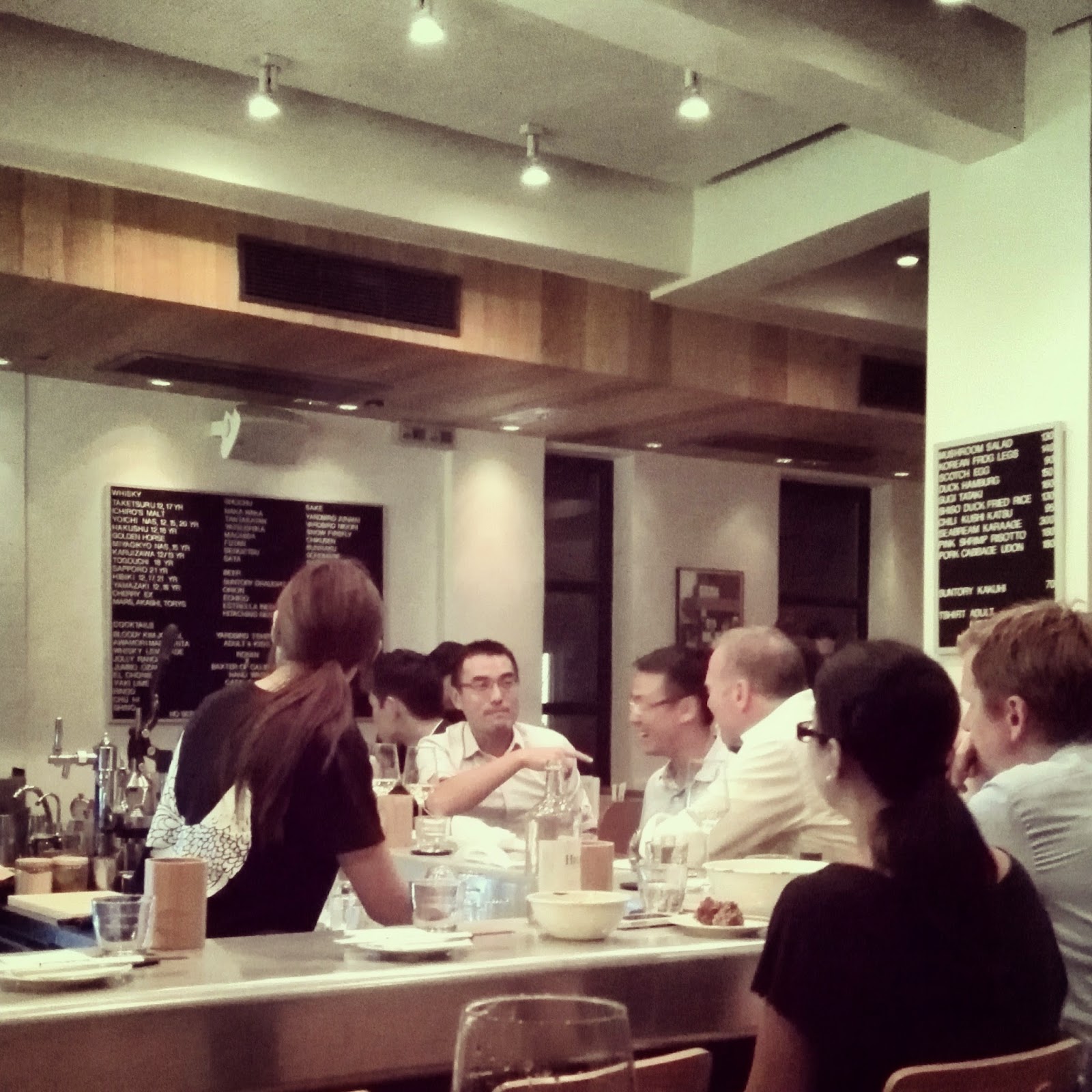 4) The often raved about Yardbird is a fantastic yakitori restaurant (with a tasty drink selection) on 22-35 Bridges Street in Sheung Wan. But be warned! It doesn't take reservations and is often packed with people having a great time, so getting a seat can sometimes be a bit difficult!

If you liked Yardbird, then two other "musts" from the people behind it are Ronin, which is a very cool Japanese bar on 8 On Wo Lane in Sheung Wan (it can be hard to spot because it's just a grey door in the middle of a building). The second "must" is a visit to Sunday's Grocery on 66-68 Catchick Street, Kennedy Town, Western District. Pick up a bottle of craft beer and some interesting chips and find a seat along the wharf to watch the sunset. The best things in life are (mostly) free/you can do them while drinking alcohol. He he. 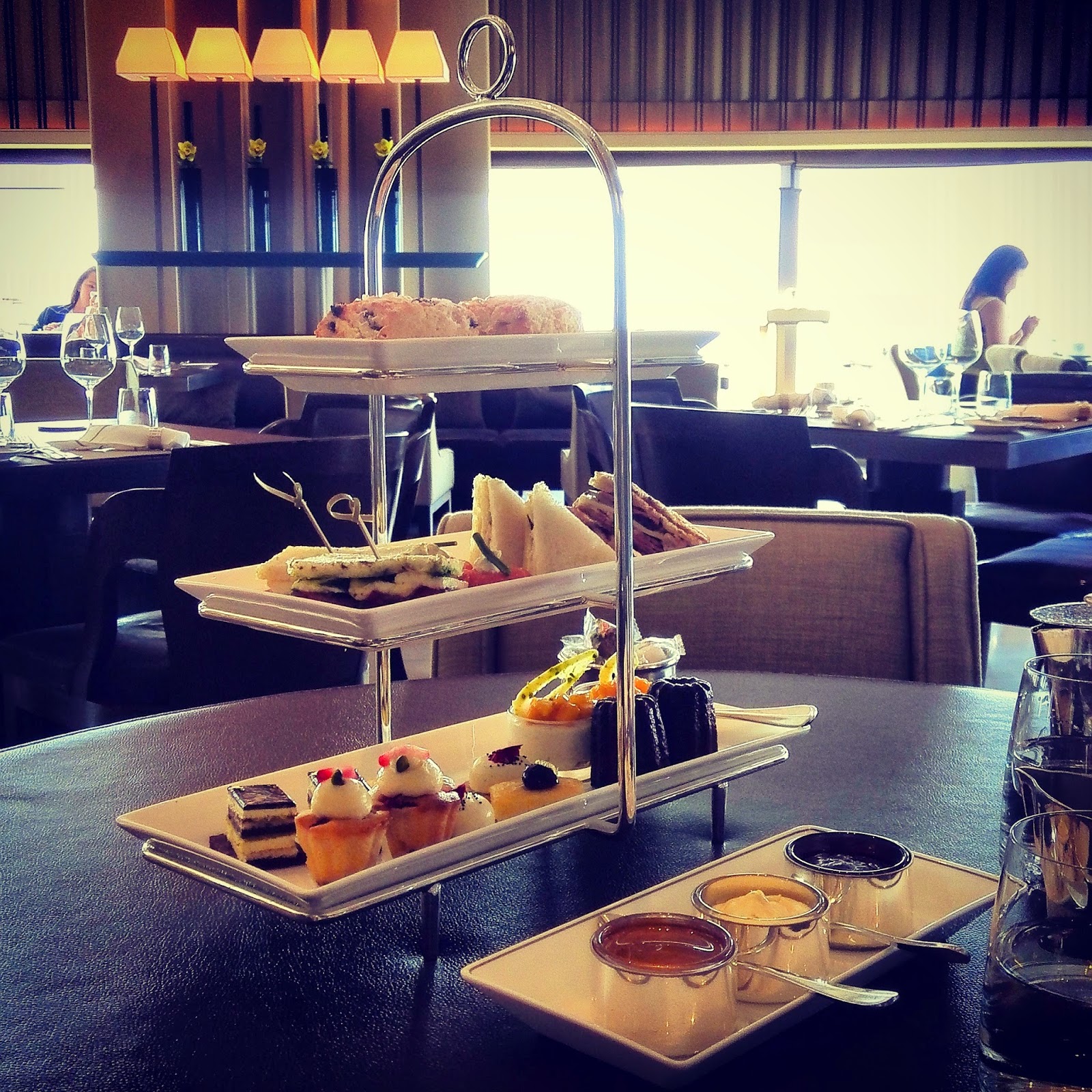 5) If you would like a glamourous, high-end experience then take a trip to the Upper House and catch the escalator then elevator up to the 49th floor where you'll find Cafe Gray Deluxe. It has beautiful views and a wonderful "high tea" option. Then, before you leave, don't forget to visit the bathroom - the view from there will stun you and cause your friend(s) to question what you're really doing in there... 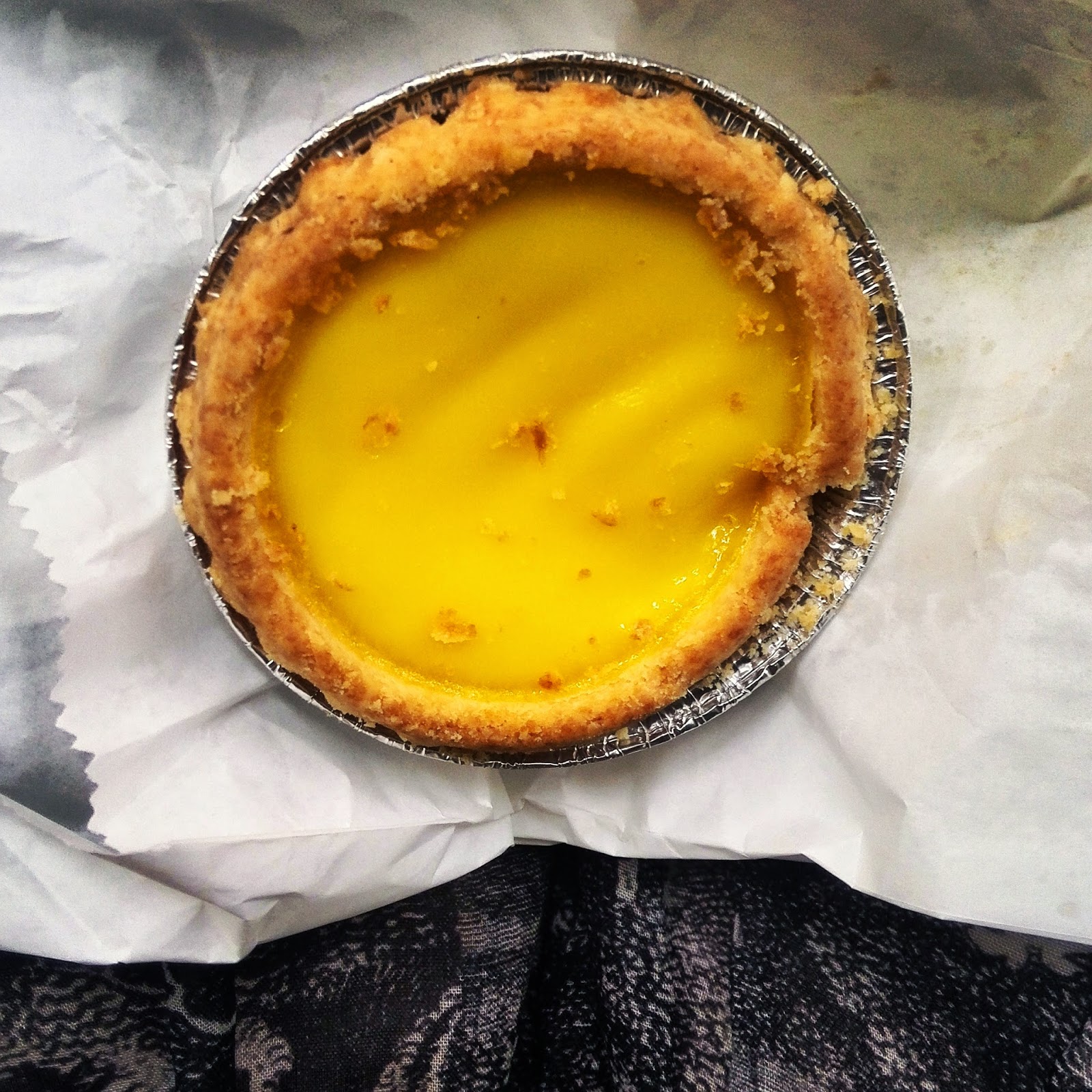 When you do decide where you want to go (although it's cool to just wander too), I recommend getting an idea of direction online or using Google/Apple maps as you walk around - at first all the high-rises and narrow paths can make exploring super confusing. So, while the music scene is yet to really establish itself in HK, the food, bars (and...I promise I did other things) are brilliant. Although it takes a few days not to feel closed-in on by the ceaseless rush of life, once you learn to breathe again it's hard not to love HK.

Email ThisBlogThis!Share to TwitterShare to FacebookShare to Pinterest
Label/tags: travel