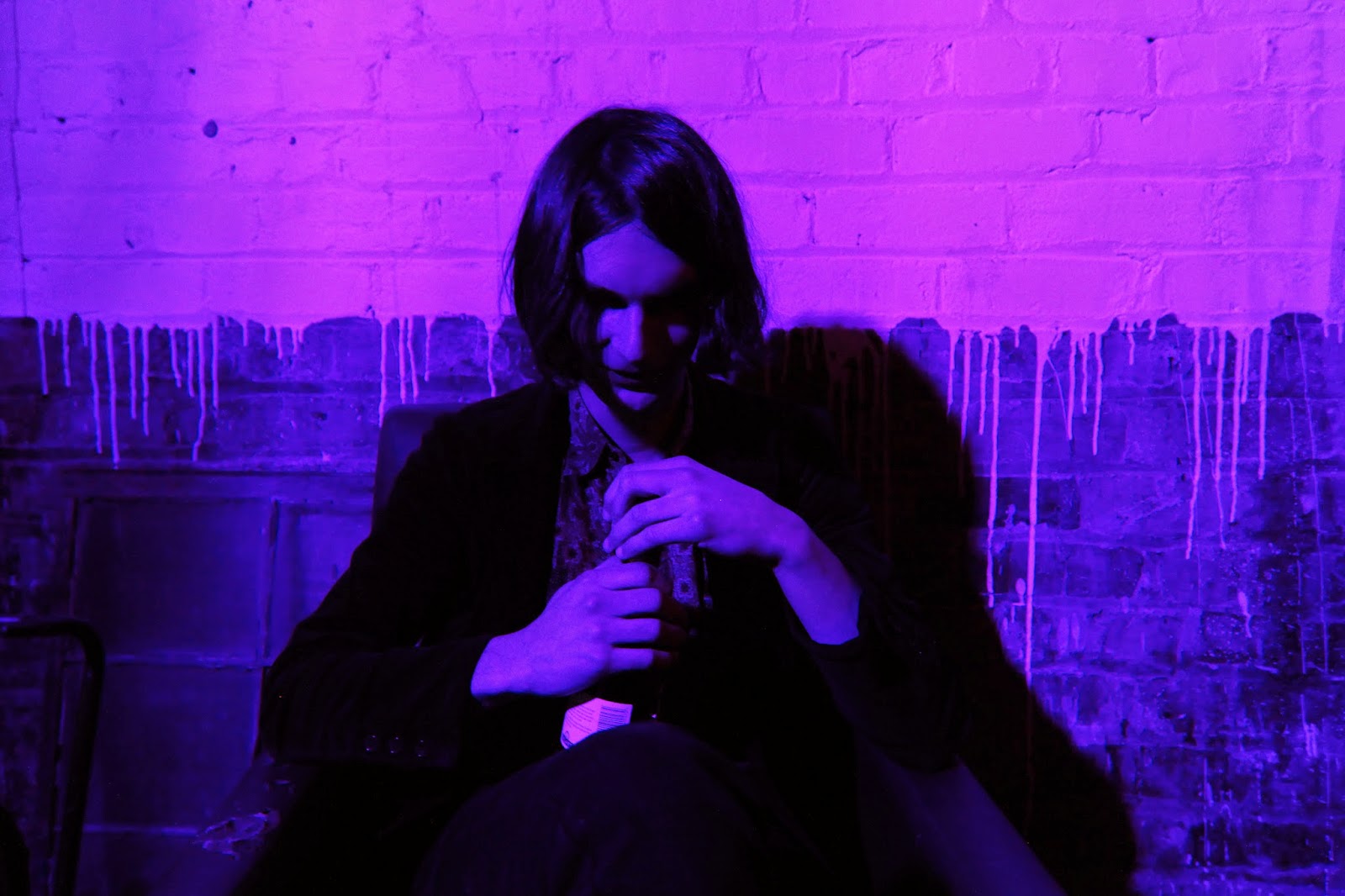 When I first met Kane [great name] Strang, Adrian Ng introduced me as "Kane's number one fan." Caught off guard, I didn't know what to follow with - I'm not sure Kane did either. Months later, I re-met Kane, watched him play at a handful of gigs (both solo and with Dinosaur Sanctuary), and came to know him as a lovely, hilarious and incredibly talented person. Luckily, despite the stilted start, we both found our words and, since, have had many great conversations together.

Why has music become an important part of your life? Is part of the reason to do with your dad's own background?

It's important to me because it's how I've met every interesting, entertaining and creative person I've ever known. It's also important to me because I simply find writing, recording and playing live fun. It's how I get my kicks. And my family have definitely played their parts in me being that way I guess. Dad's band would practice in the same room as my cot when I was a kid at our first house next to the Mongrel Mob HQ. I'm not sure if I was in the cot at the time but it would explain why I'm so deaf. Anyway, I was exposed to music as early as I possibly could have been so I was always going to have some kind of weird attachment to it.

Why did you go overseas straight after school? What did this experience involve?

I wasn't really ready to face reality after school and having a close friend in Germany seemed like a good excuse to put that off for a while. It involved sharing a one bedroom apartment with no heating, internet or TV in the most polluted town in Germany for five months. The landlord didn't know I was there until my second last week. We travelled a lot too. I saw bits of France, Spain and Holland. Some days were hard and being a student at the University of Otago suddenly seemed really appealing but most of the time it was amazing, character building stuff.

What role did making music take on for you when you were travelling around with no real plan?

Music making took a back seat for the first month or two. I was so distracted by all of my new surroundings that I almost forgot I was a musician. The only thing that reminded me I played a guitar were those bruises on your legs that you get when you're lugging around a hard case for ages. Eventually I met some other people who played and I started up again. Music helped me quickly connect with complete strangers. Without it we would have just been butchering each other's language all day. It also was my way to deal with some kind of home sickness in the later part of the trip.

What insights did you return to Dunedin with after the year?

I've probably forgotten a lot of the things that I learned while travelling as I've slowly settled back in here. I definitely realised how nice these places we see on postcards really are in person but I also realised how good we have it here. Here I don't have to walk past heroin dealers on the way to the supermarket.

How do you navigate your desire to make music and the anxiety of performing it to a crowd?

Playing solo is pretty scary sometimes because there's not much to hide behind. I think it's probably best if I get a band backing me sometime soon. It makes sense anyway as everything I record now has a lot more going on than just guitar and vocals. I am quite blind and can never see the crowd well so that always helps me too.

Your music seems to be an interesting mixture of your own style and a hard-to-place familiarity. What are you nostalgic for?

I've always been a sucker for classics like the Kinks and Syd Barrett. I guess these influences find their way into my recordings without me really noticing. The fact that a lot of my music is quite lo-fi probably adds to that nostalgic sound a lot too, although I don't actually want to be making lo-fi music forever. I'm just making do with what gear and bad recording techniques I have for now.

How did you write the songs for your upcoming album?

I started writing them and making demos while I was still in Germany. I had practically no money left and the friend I was living with was in Sweden visiting family for a few weeks. I didn't work on them for a while after getting back here but eventually listened to them with fresh ears and tweaked them a little.

What does the rest of the year involve for you?

The main thing for me is to finish mixing the album. The first single is practically ready to go but I can't really give any kind of release date just yet. It is called "Marry Me (in Thailand)." Aside from that, an older song of mine called "Winded" is going to feature on a Dunedin compilation LP called T E M P O R A R Y. There are heaps of amazing bands on it. "Winded" also has a music video coming out in early September I think!

You can find Kane's music here & Dinosaur Sanctuary's album can be found here.

Kane will be playing at the T E M P O R A R Y release gig at Chick's Hotel in Dunedin. Details are here.