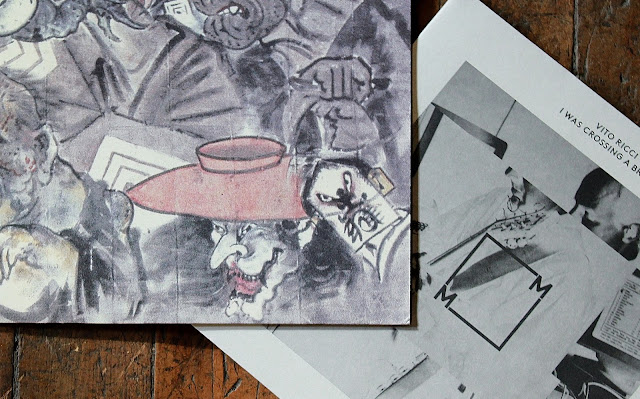 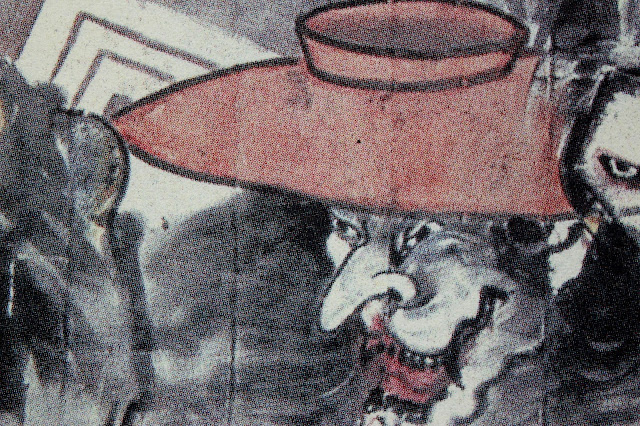 Although Finlay Wall studies Law and Politics during the week in his spare time he is often mulling over and carefully listening through music - especially electronic music. About three or four years ago Fin began to collect vinyls and DJ for friends and venues around Dunedin (I once remember being that terrible person to consistently tell him to play Kanye West all evening - he very politely ignored me). Fin and his sister Hannah also have paired up with the bar and venue, Re:Fuel, to run Back on Track, which aims to make "off kilter house" and "punishing techno" music a part of the Dunedin music scene.

Fin's room is filled with crates of his collected vinyl, which I often admire simply for their beautiful sleeve artworks. But after a few conversations about his records, I realised how much I valued his appreciation for collecting and the research and passion he puts into his choices. We sat down to talk about vinyl and listen to two songs (below) that Fin has given a lot of deck time.

I often watched videos on YouTube of live DJs but I didn't have a clue what they were doing, so I bought a mini DJ controller in my first year of uni - you can plug an iPod into it and play two songs at once. It was really crappy but I was only learning to DJ. I bought these two turntables half a year later. Once I had those, I started collecting records.

Are there a lot of misconceptions that DJs just play songs one after the other?

Well, that's what it is.

Then why do you need all the gear?

There are more convenient ways of DJing, I have just used my laptop. But even though it is a bit more convenient to just use a laptop, you lose the stuff that makes it interesting. DJing is just playing songs but it is the collecting of music, which makes it special when you actually play. The more time you have spent collecting music and listening to it, the more unique an experience you can make it for people when you play.

Say you have a show coming up next week and you have all this music that you've carefully collected and know really well - you're probably going to make a much better experience for the people listening compared to someone who has spent half an hour looking up songs beforehand. It is all about the collecting - and the whole point of collecting vinyl is that it changes how you think about the music.  It takes up a lot more time and space but you remember what you have bought compared to just downloading masses of music. When I started out I used to download gigabytes of music from blogs and other websites - it was possible to get a hundred thousand songs in one sitting - but you're just never going to properly listen through that.

But you must have to work pretty hard to get your records - aren't they expensive?

There is a full range. The limitation makes it better as well. If you only have about $50 to spend and are only able to purchase three records, then you will be spending a lot more time choosing to make sure that when you finally pick something, it will be special.

Do you want to continue DJing in the future?

It's definitely a hobby and I'll definitely keep collecting records regardless of what ends up happening.

Can you describe the two records that you are sharing with me today?

I am playing you "Yala" by Rezzett now, which is a record I bought from Japan. This is probably one of my favourite songs of late. It's sort of a dance record - there's a beat behind it - but its atmosphere and textures aren't like typical electronic music. It sounds like there is an electric guitar playing the whole way through, which is different to a lot of house and techno that sounds really electronic and like it's really only made by digital instruments. Rezzett have a fresh approach in both sounds and song structures, which sets them apart from other house artists.

My Vito Ricci record is a full album. The music on the album was recorded in the early 80s, during a time when electronic music had hardly been explored. He's a composer from New York, this is an album of music he hadn't previously released.


Why is this album literally heavier than the Rezzett one?

There are different weights for vinyls and the thicker they are, the deeper the grooves can be, which means the record can reach louder volumes. So the Rezzett vinyl has one song on one side, which gives that song more room and means it can be louder. But the Ricci vinyl has five songs (you can count the rings) on one side, so it will be a bit quieter.

I like how they have listed all the instruments used in the Ricci record.

Yeah, it's pretty honest. It reminds of Aphex Twin's Syro record, which has a printed list that breaks down every pound earned from selling the album - like a journalist's travel expenses from France to London, or venue hire for LA listening party, or postage costs for UK radio promotion mail out

Fin and I plan to continue discussing his record collection over a series of conversations during the second half of the year. Stay tuned.
at 11:54:00 AM