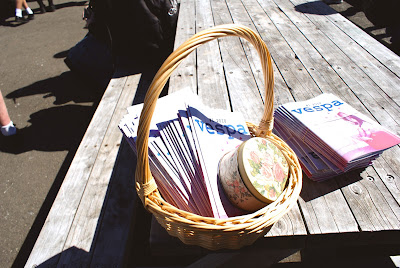 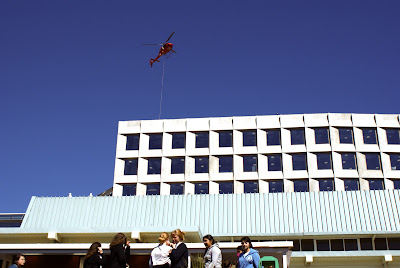 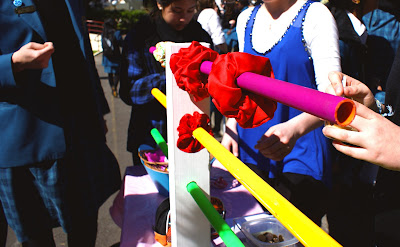 its officially term break and finally i've had time to blog about our school's market day on last wednesday when we released the first vespa for 2010. after so many of the things that could go wrong in the days up leading up to releasing vespa went wrong, the weather was ironically nice for us, albiet windy as wellington is.
the junior economics students sold made their own little stalls and sold the cutest things. lou and i went around promoting vespa in a little basket that made me feel like little bo peep, red riding hood and all the bedtime story characters rolled up into one sweet dressed up bundle of sharing. 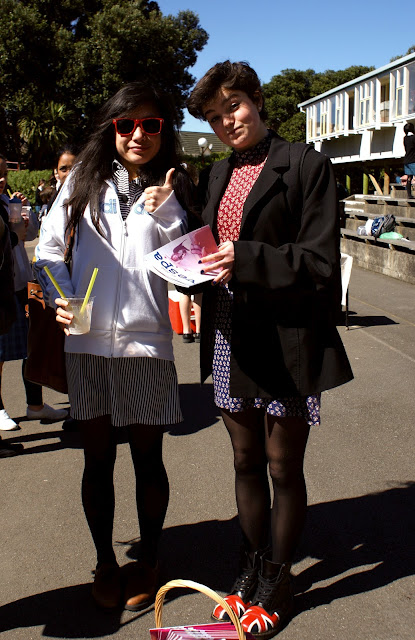 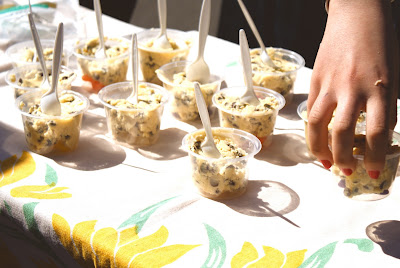 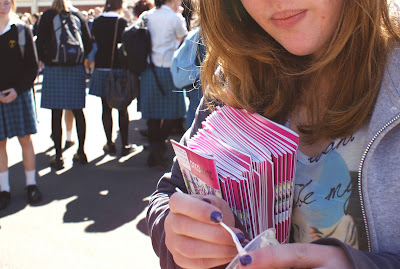 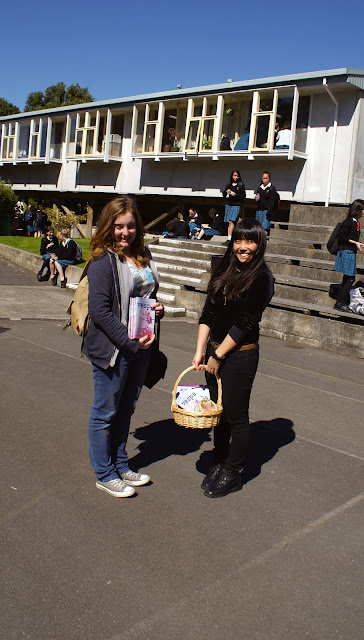 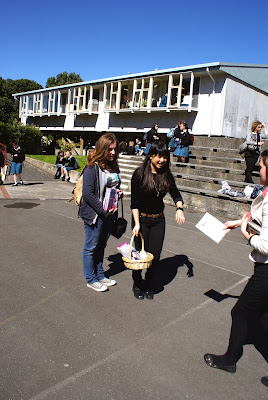 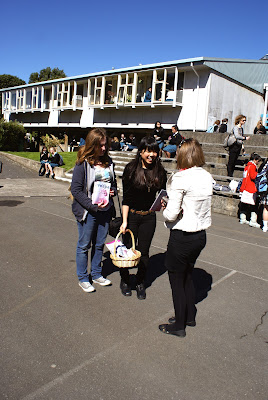 it was a really inspiring day seeing how enthusiastic some people were about vespa! i still have 20 copies, and our people we recruited to sell them should even have 10 left each too -  if you would like one, email us at apsandlou@gmail.com. we could probably arrange something for our blog readers :)
also if anyone out there is interested in submitting anything for the next two vespa issues we *hope* to pop out next term, email us!
xx 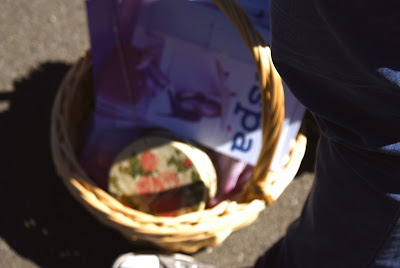