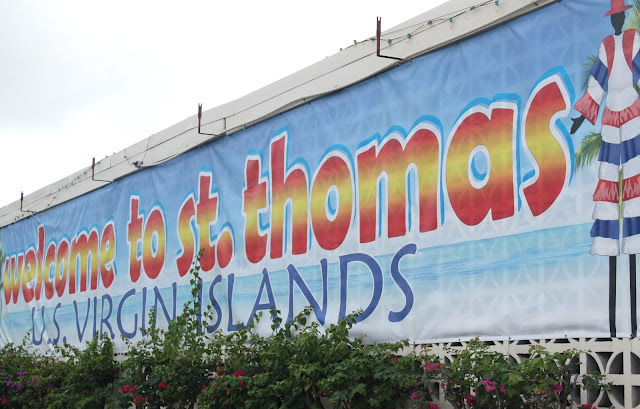 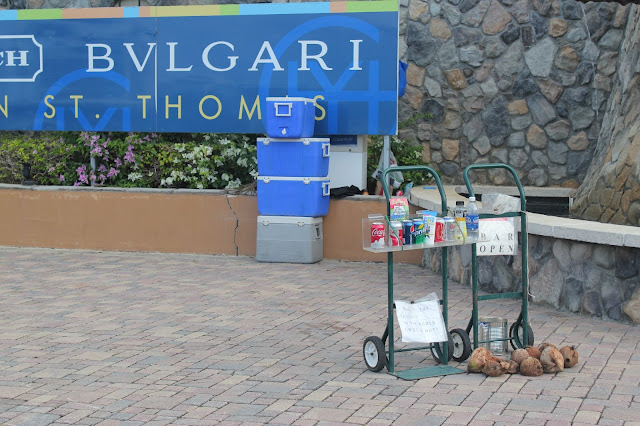 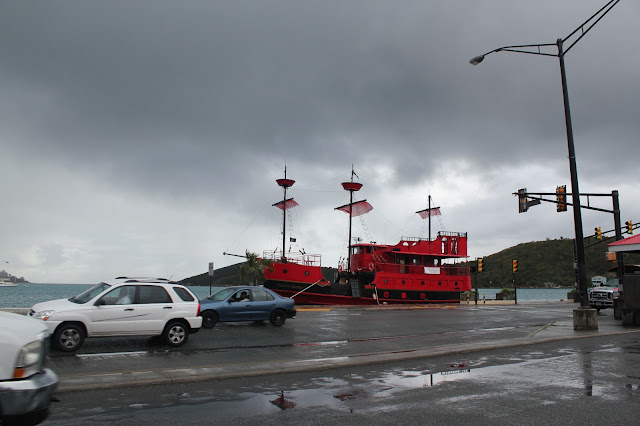 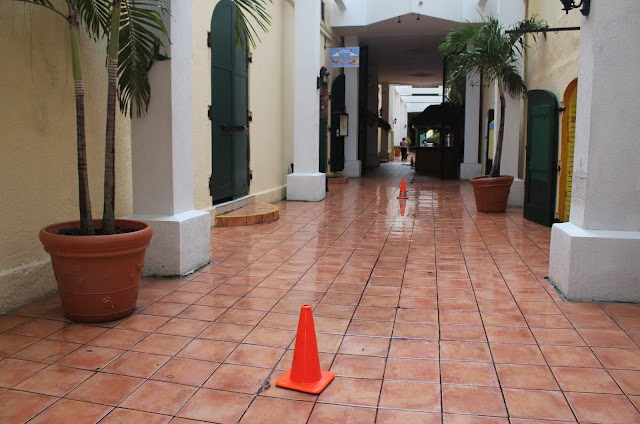 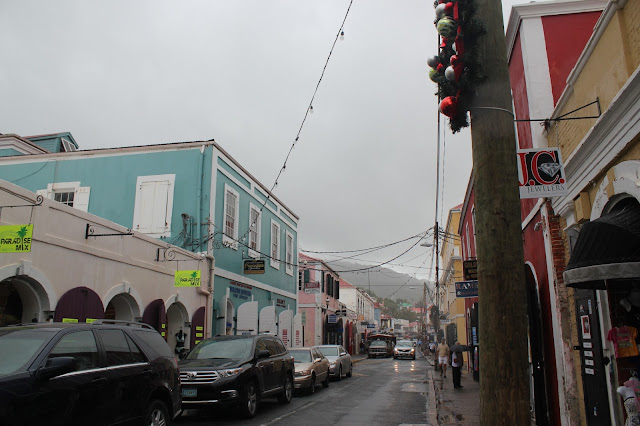 Our next port day was at an island called St. Thomas. As I made my way off the boat, the first cultural discrepancy I was confronted with was an abandoned bar located only steps away from a cluster of expensive designer stores (including Louis Vuitton) - I could have been anywhere in the world and nowhere in particular. Past the stores, was a long concrete path that leads to the island's center, but I noticed most tourists paid for the shuttle service - their bellies quivering at the thought of exercise.

In pouring rain, with a constant stream of traffic hindering the view, St Thomas' harbor was a dismal site. There was no beach, no bright umbrellas, not even a glimpse of superficial island culture. The only thing to do was look around the stores - yet all the goods on sale were the same in each store and, for that matter, the same on each island.

After being followed and taunted by a local who was still drunk from the night before, Zane and I were in abysmal moods. However, things turned around when we literally stumbled across Camille Pissarro's birth place (there is minimal signage marking it). It is fascinating to think the grandfather of modern art was born in a place so physically distant from the art centers of the world. Yet, despite the awe I do have a word of warning - enter Pissarro's birthplace at your own risk. The small home has been converted into a shrine, worshiping the midlife-crisis sufferer, with rows and rows of paintings of the sunset and palm trees lining the walls.