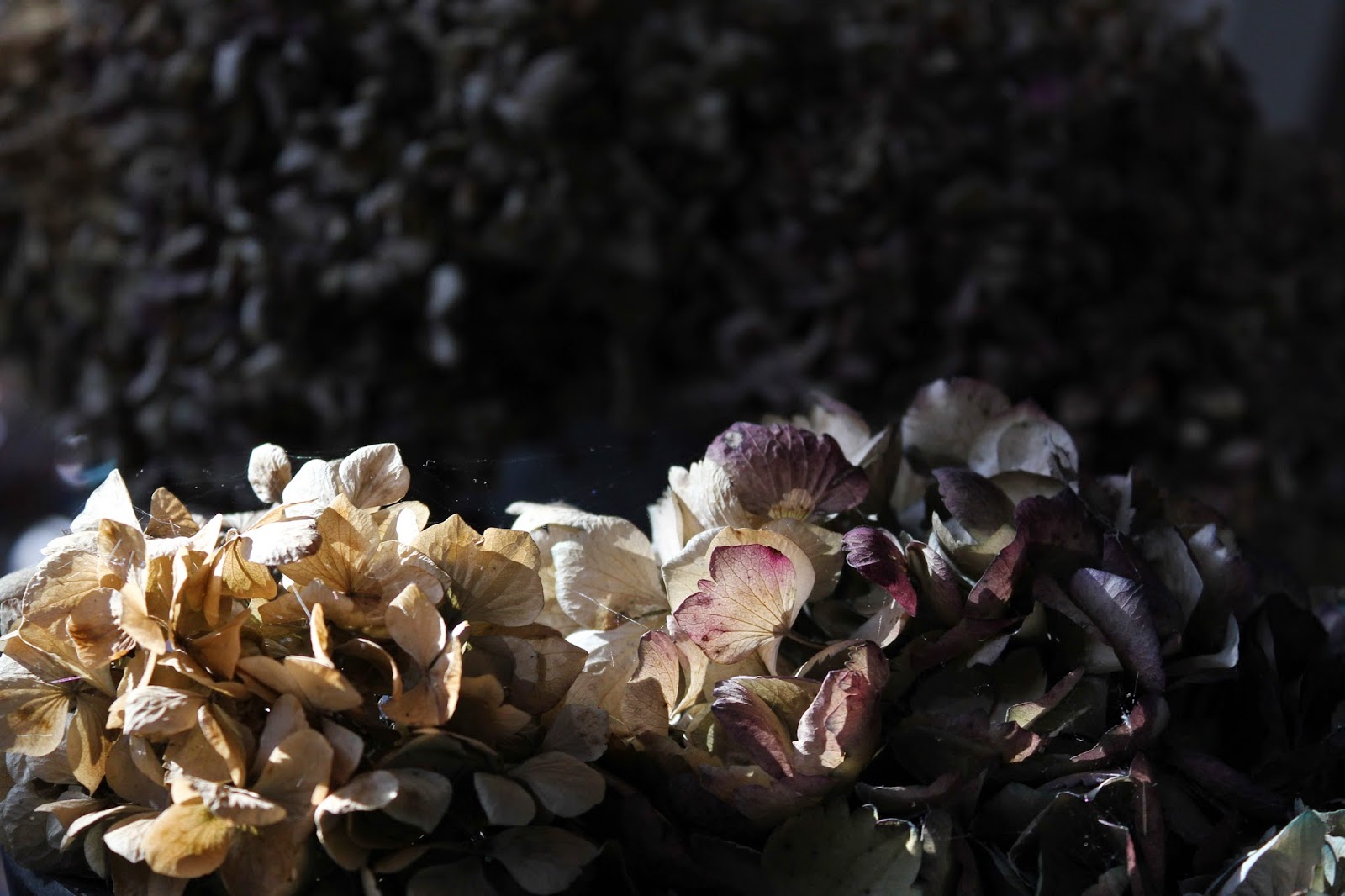 For a Critic feature I wrote on funeral trends I interviewed Donna Jenkins who is the current funeral director at the Dunedin funeral home called Hope and Sons Ltd. While a large portion of the interview is incorporated into my feature I thought I'd post the full discussion here for those who might be interested. I hope you enjoy it!

What does your work involve on a day to day basis?

On a daily basis we are involved with bereaved families and assist them with making informed decisions in making funeral arrangements for someone they love and care about. We arrange for the transfer of the deceased to our Chapel, we care for them and place them in a casket ready for viewing, we meet (sometimes several times) with the family to put funeral plans in place. I direct the funeral on the day to ensure everything goes according to plan. Following the funeral we assist families with anything else they may need – bereavement support, ordering monumental work i.e. headstone additions and plaques, ash interments etc.  We offer pre-planning and pre-payment of funerals, so we often meet with clients to assist them with this. There are always other general duties such as answering phone and visitor inquiries, community education, record keeping, more than I can probably list!

What pulled you into the funeral industry?

I came from a background in nursing and I see this work as an extension of caring for people. Being in a position of having the ability to care for the deceased and their families in their times of need makes me feel very privileged to be part of such a caring and professional organisation. It is not just a job it is a lifestyle.

Has your career changed your perspective on death?

Yes definitely. We are only here for a short time, so I try to make the most of any opportunities life brings.  I have seen too many people leave life very suddenly and unexpectedly with unfinished business not to be grateful for the life I have, a cliché I know, but everyday is a bonus.

What changes have you observed in funeral ceremonies over the past few decades? Also, are more funerals about celebration of a life or mourning for a life?

Funerals are more a celebration of a life, the loss is acknowledged but services are now very personalised and more focused on the positives that have been achieved no matter how short the life may have been. The increasing popularity of Celebrants and Funeral Directors providing custom built facilities and a climate of more flexibility in funeral service timing etc have led to many changes, but I would also say that in a crisis people often go back to what is familiar. For example, the family may not be regular Church – goers now, but as children they attended with Mum and Dad so they will sometimes choose to have a service in the Church for Mum with a Clergy person conducting the service. Most Churches have also made changes too and slideshows, recorded music (not just hymns) etc. are now often included in Church services.

Technology now plays a major role in most services through, slideshows (including video clips), live-streaming, recording of the service, television links, online tribute pages.  In the last twelve to fifteen years we have gone from using LPs to cassette tapes, CDs to iPods - what's next ?

Casket shapes have mainly stayed the same but the materials used to make them has changed from all solid timbers to also including MDF with or without a veneer finish, wicker, plywood, cardboard  and even wool. Graphics and painted finishes on caskets are available as well as the traditional wood.

A few years ago a hymn sheet was developed to include the words of the hymns that were to be sung and maybe include an invitation for afternoon tea at a family home; these were usually on flimsy paper with an oval single black and white photo on the front. Service sheets (as they are now known as) are colourful and personalised. Graphic designers are often used to design a personalised pictorial tribute.

Vehicles have changed through the years from horse-drawn carriages, vintage and classic cars to modern vehicles. Some funeral firms are able to provide all of these today. Families may also choose to use other types of vehicles like Dad’s old truck, a vintage fire engine, a van.

Burial was the only choice prior to the opening of Crematoriums. Cremation is now a more popular choice than burial, sometimes this is directly linked to cost, but more often it is because of the flexibility that it enables in and around funerals. For example, with family living overseas it may be decided to have the cremation take place and a Memorial service held at a later date or delay the interment or scattering of ashes until all the family can be together. A shift in some religions on their views towards burial or cremation has also had an effect on this choice.

Embalming also allows flexibility with time frames for funeral services and also the assurance the deceased will be well cared for.

It was always common for the deceased to be at the family home prior to the funeral service, there were a few years of this not being so popular but now there is a good mix – it is whatever the family want.

Do you find any funeral practices in history or different cultures particularly interesting? Could you briefly describe them?

The methods of ancient embalming as opposed to modern embalming are an interesting read as are customs and rituals in and around funerals through the years. Why we tend to do things the way we do - like carry a casket feet first...

All cultures view death in their own way, some with great similarities to each other and some very different, often this is in around the choice of burial or cremation and all the rituals. Within cultures there will be differences depending on a particular family and the background they have come from. You never assume, just because someone appears to come from a particular culture does not necessarily mean  that they will expect traditional funeral customs and visa versa.

How has increasingly secularism affected the funeral industry?

There are less funeral services held in Churches, more Celebrants are used to conduct services, this has led to innovative ideas. Funeral services have definitely become longer and more “involved”.

What effects has an increasingly environmentally conscious society had on the funeral industry?

Eco funerals are now very much within the framework of the funeral profession. Environmentally friendly products are used in the care of the deceased, there is an environmentally caring range of caskets available and Dunedin has now had its first natural burial.

As a company we endeavour to reduce our carbon footprint through buying locally, maintaining nice green gardens, recycling within the DCC guidelines, using energy saving light bulbs, we financially support the Orokonui Ecosanctuary and make a donation twice a year in memory of the people we have cared for, recycle paper, we have air conditioning units throughout the building that are energy- saving, we chose our brand of photocopiers because of their carbon footprint. We are always looking for ways to improve.

Have you ever had surprising requests when directing a funeral (such as themes, interesting music choices or technological elements)? Could you briefly describe them?

It is probably fair to say that nothing is too surprising, but we will often guide families as to whether it would be appropriate, practical, dignified and of course – legal!

Some examples include: a surfboard on top of the Dodge hearse; playing a recording of the deceased person singing as their casket leaves the Chapel; being asked to drive past certain Hotels on the way to the Cemetery; a prepared, prior to death video recording of the deceased speaking to the congregation; holding the service at the race track then the hearse (casket in back) following a race horse around the track to the song “The Gambler” being played across their PA system; a daughter spoke at her mother’s funeral from Italy via an iPhone being held to the microphone ( it was very clear, as if she was there in person); horse-drawn carriage taking the casket to the crematorium and all the family following behind on foot (approx. 4 kms); fairylights, statues and greenery throughout the Chapel to recreate the deceased’s own garden; boats, motorbikes, classic cars and trucks parked in and around the funeral service venue.

There have also been some “interesting”  music choices as a casket either arrives or leaves the Chapel, like the Can-can, Another One Bites The Dust, the Star Trek theme, Dancing Queen, Always Look On the Bright Side Of Life, the Thunderbirds theme and the Shortland Street theme.
at 4:48:00 PM