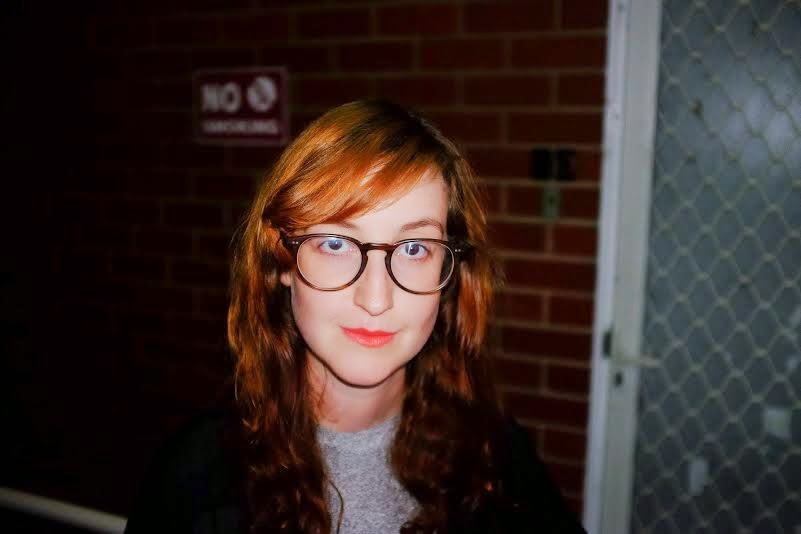 Because this blog is part of the VICE Blogging Network, I get emails every now and then with descriptions of future VICE magazine themes, party invites and general call-outs. Usually these emails come from Wendy, who is the editorial assistant at VICE. I sent Wendy some questions to get to know her and what her job involves.

Can you describe what your current role as editorial assistant at VICE involves?

I was actually bumped up to editorial coordinator last year so my job involves a few facets. I manage the website, monitor traffic, commission and edit pieces, write them myself, and generally oversee the day-to-day editorial things. Our editor is also our creative director and is a pretty busy dude, so often he'll give the direction and I'll work out how to put it in place—how to cover certain topics better, grow contributors, or cover an event.

How did you come to working at VICE?

When I finished uni I freelanced and traveled for a while, then came to VICE as a 22-year-old for a three month internship. I think timing wise I was lucky because it was at a point where a lot of things were changing and roles were growing. My biggest piece of advice for interns is take on as much work as you can physically handle, don't say no to anything. Firstly people like you, but my whole goal was to make sure that when i finished up people would be used to my help and wouldn't want to go back to things without me.

Saying that I did take off travelling for six months when my time was up. I got an email in Mexico asking me to come help them out when I was home and the rest was history. Oh another piece of advice, if you have an office that's big on lunches—always go if invited. I love the interns that come to lunch.

What opportunities has working for publications like VICE given you?

It has given me access to people and stories I would have struggled to get otherwise: be it interviewing scientists, cult members, or photographers I look up to. A lot of the stuff I end up writing about is unique. When I was in uni I probably wouldn't have guessed I'd have written so many stories about aliens and weird animal news.

What other projects are you currently involved with?

How do you separate your own ethical values with some of the more questionable (or ethically ambiguous) content that you come across?

I don't. A lot of people assume VICE is a loose moral environment but it's not. The magazine is very liberal, but so am I. Most of the stuff we cover about drug laws, or police brutality etc reflect my own opinions. I'd never write or publish something I don't believe is ethical. I constantly get pitches that would get a lot of attention but I feel are sexist, or offensive in some way and I always pass. I don't care if something gets a million clicks, if I think the message is damaging I don't want it. Although to be clear, that doesn't mean I won't run different opinions to mine—I don't care who you vote for, but I care if you're mean spirited or vile.

As an insider, do you have a position on the print media versus digital debate?

I think the digital revolution is the most exciting thing since the printing press, it democratised the media and meant that young people can write for any publication they like and stand next to their peers without having to move overseas or make other sacrifices. It pains me that print is declining but it will never die, no matter what they say all writers still get a huge rush from being published in a print publication. Sometimes I also think that the competition means people need to be better and more innovative to survive, which is always a plus.

What do you see yourself (ideally) doing in ten years? Why this?

Oh man, ideally my site would finally be making money to pay my rent and contributors. But perhaps editing and managing my own small team somewhere.

Could you list three cool things for visitors to do in Melbourne?

Check out the Heide gallery and see if someone can give you a little bit of history about the site and Sunday Reed, one of my personal heroes.

There is too much food to mention, but I'm lazy and live in Northcote so I'd say get a pizza at Pizza Meine Liebe and duck next door for a drink at Joe's Shoe Store—best pizza and bar in town if you ask me.

Working at i-D (I coordinate that as part of VICE) it's probably not surprising that I'm pretty clothes obsessed, and Alice Euphemia stocks all my friends and favourites so check them out. Oh and if you have any money left Monk House also rules.