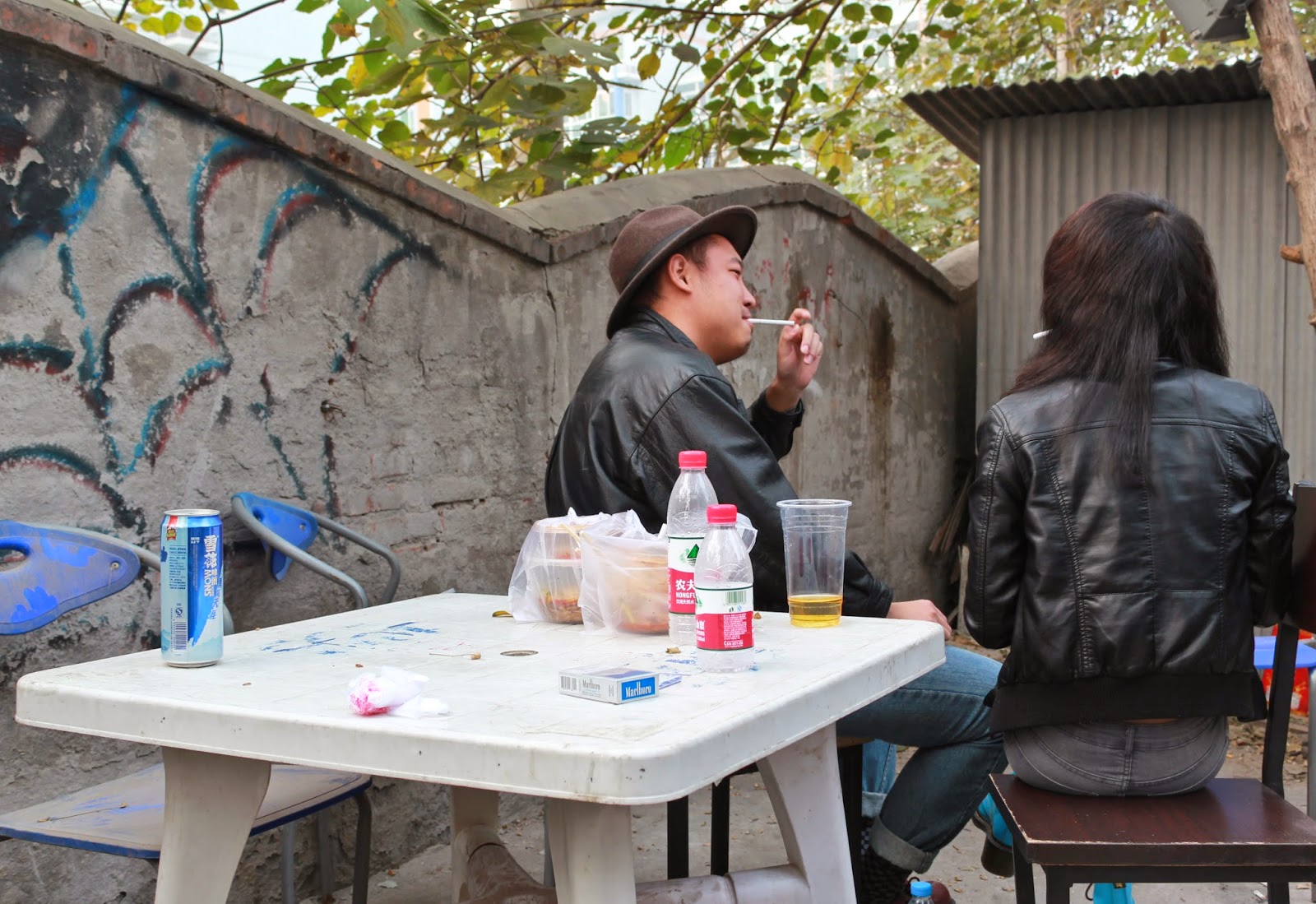 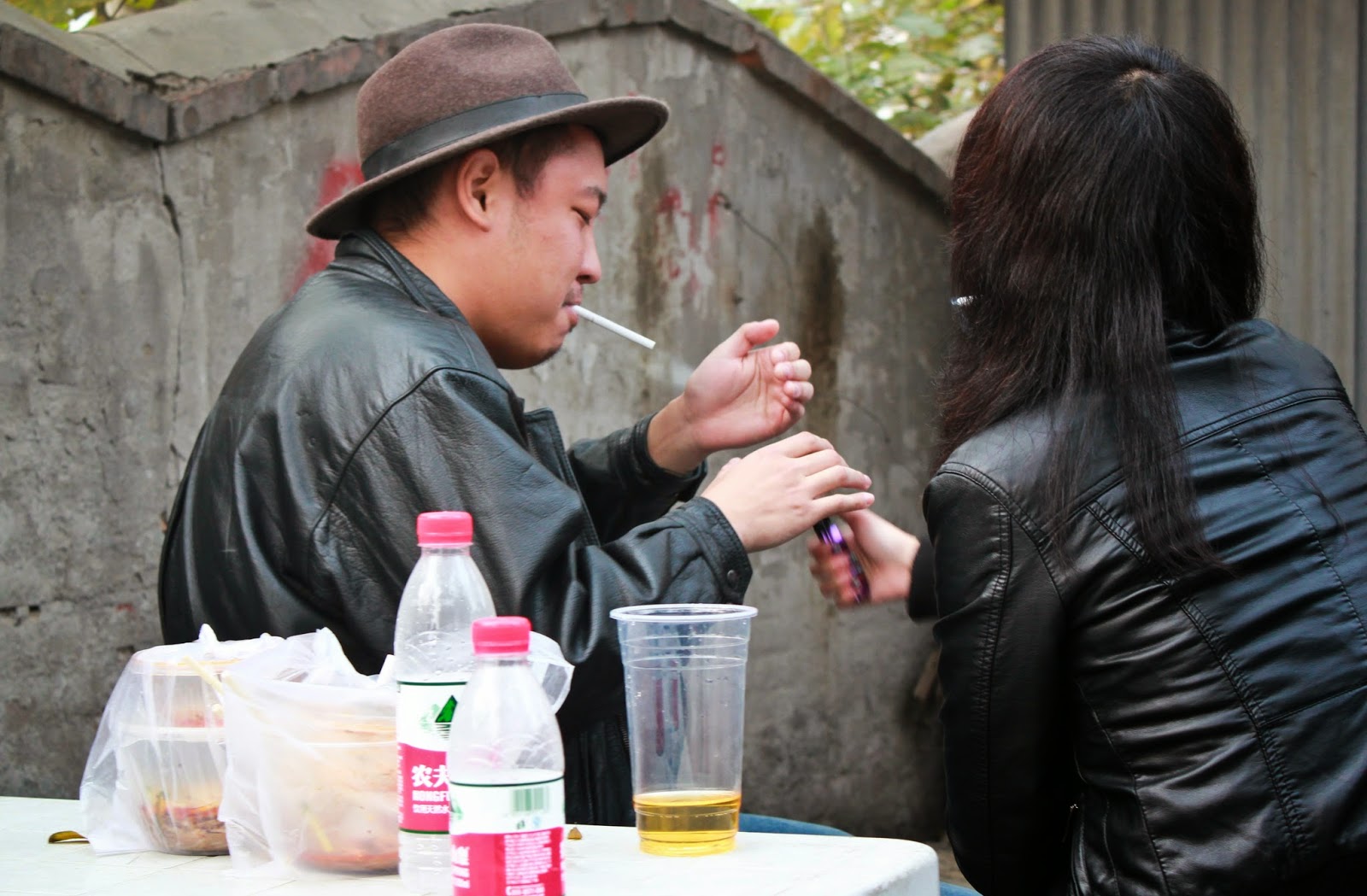 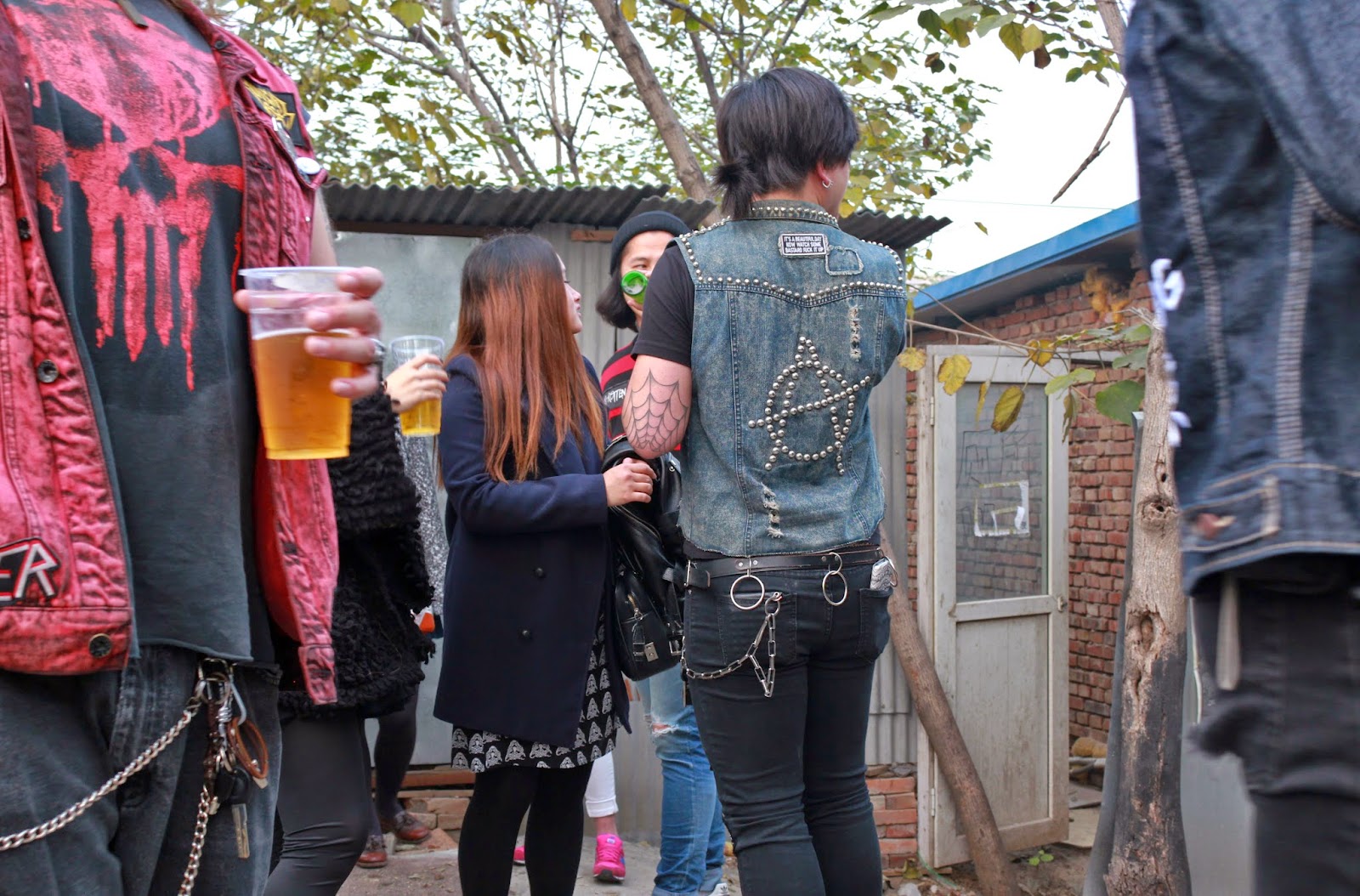 A young boy with a black jacket adorned in endless rows of studs and patches begins to jump wildly as the fast guitar escalates. The people around him respond immediately - a mosh pit explodes within the small space of Dirty Monsters Club. We are two hours into the all day punk festival called Beijing Drunk Fest and the crowd numbers, as well as their energy, are picking up. Above the band, who are clad in black except for the main singer whose rectangle glasses and straight-laced attire set him apart, is a large DMC banner. Different signatures and messages are scrawled across the banner, including “niu bi,” which - as my new friend Xiao Xiao told me - literally means “cow’s vagina.”

The scene before me - aside from the plethora of young Chinese punks and people smoking inside - doesn’t initially seem too unusual. A grunge bar with punk music and cheap beer isn’t exactly culturally original or specific to China. But, after several hours of conversation with various people who sat down with me at the dirty plastic tables outside the venue, there were marked differences that made the experience simultaneously remarkable and tragic.

Travelling to DMC from campus in Wudaokou involved four trains and three transfers then a taxi through a dusty village where stray dogs moved between rubbish piles. Tongzhou, in the south-east of outer Beijing, is far removed from a typical understanding of Beijing - particularly Beijing city. However, a first encounter with this area is deceiving. In the mid-1990s, artists were forced to leave the Old Summer Palace’s creative community in search for cheaper rent - a lot of them found themselves in Tongzhou. It has since grown as vital centre for artists and musicians.

DMC, located across the road from the Beijing Modern School of Music, is a punk venue seemingly made of several sheds wielded together. It is a tiny, dark space with a small bar, floor-high stage and anti-establishment posters and graffiti filling the walls. DMC’s only other room is for the squat toilet, which didn’t appear to flush.

After entering the venue with my friends, Xiao Xiao greeted Li Yang (also known as Spike) with an excited hug, then introduced me to him. Li Yang has shoulder length hair and was casually dressed in a red and black stripped long sleeve top and jeans - however, his story and drive is anything but casual. Li Yang, a vocalist for local band Demerit, along with Ying Chen built and now maintain the punk club DMC; together they have established more than just a punk venue.

DMC is a place where people, who call each other “brother” and “sister,” come together to love punk and share their rage for a government that - in their opinions - “treats its citizens like animals.” It was at this venue where we met a fifteen year old boy who spat and smoked and told us he had run away from home because he was gay. Other new friends desperately talked about plans to eventually earn enough money to leave China. There are few places in Beijing where these kinds of discussions could happen so freely and even at DMC they were taking risks.

But despite the hope and anti-establishment culture created by places like DMC, there remained a cruel reality beyond the dusty walls that enclosed it. As one young man, the same age as me, with an elvish like face and long black hair sadly told me, “when I wake up tomorrow morning, this will all seem like a dream.”