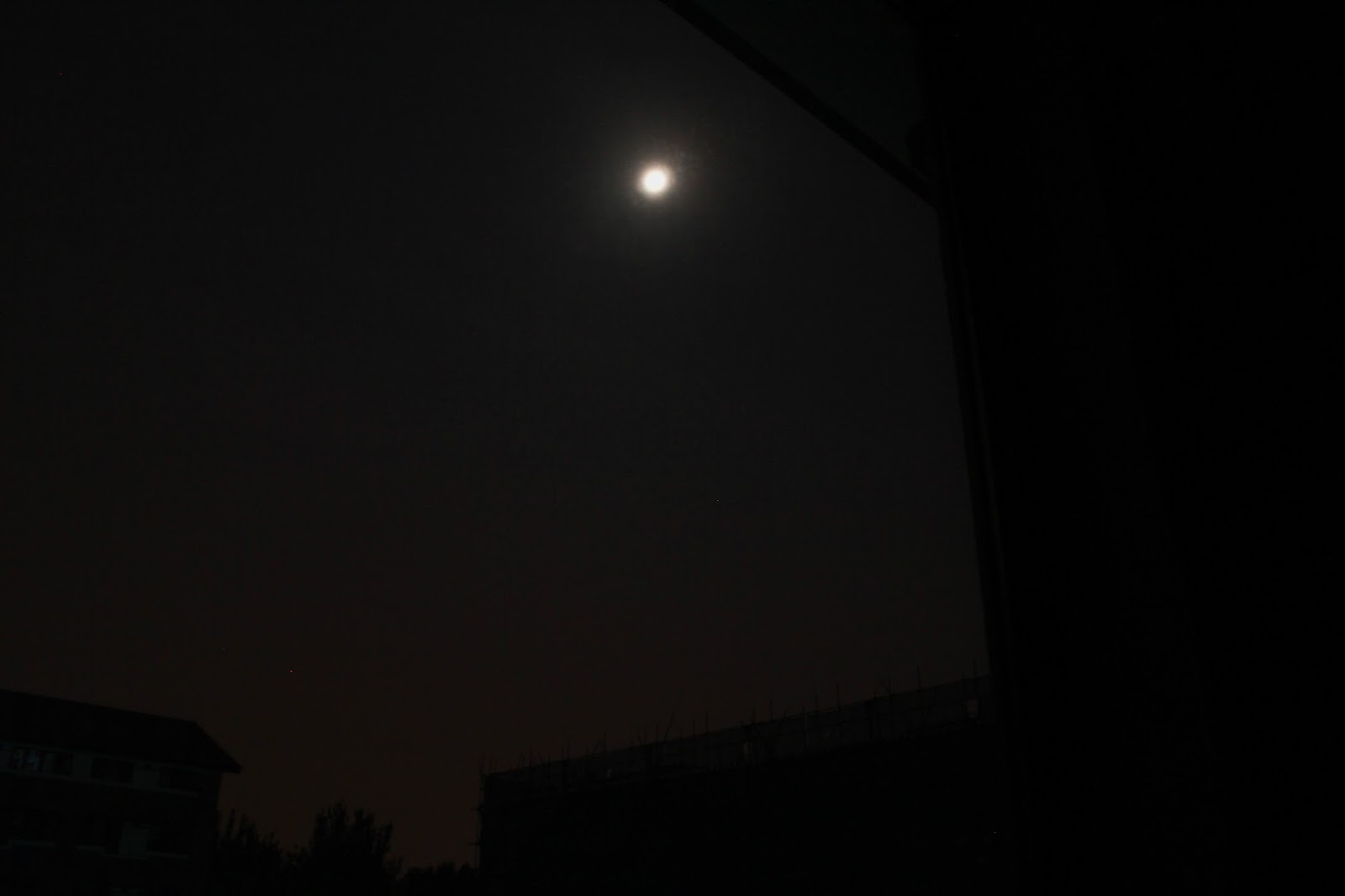 Beyond the heavy strips of plastic that fell over the entrance’s doors (just up from the spiral staircase and security check) was a club of exhilarating scale.  It was an ecstatic world, impossible to interpret and almost impenetrable. A huge disco ball reflected laser lighting throughout the venue and house music filled the rare empty spaces between the tightly packed people. After entering a venue like that in China, I immediately wondered where to begin and how to begin. But I didn’t have to for long - it was decided for me.

Almost immediately after entering the club my friend was pulled from the crowd into a small raised area. Momentarily confused as to where she went, we found her again and she gestured for us to join her. We did so in an attempt to remove ourselves from the persistent men who had already surrounded us (apparently the presence of a female body is always an invitation).

The open booth that we stood inside had a small table with towering stands filled with fruit and glasses of Moet - as I joined the group, a glass was thrust into my hand and refilled whenever I finished it. Centered almost in front of the DJ desks where Fedde le Grand was playing, this group were very deliberately displaying their wealth. No one asked our names, no conversation was attempted (except a string of “I love you(s)” later on). And as I danced I began to feel less human and more a part of the display. I thought I had stepped into this “exclusive” area as a feminist, empowered by my actions, but soon I wondered if I was perpetuating a stereotype and submitting to a lesser status by continuing to be there.

I felt the older man beside me edge closer and noticed the tattoos snaking up his forearms as he reached for me. This wasn’t so much an intellectualised problem that presented itself, but one of safety - of protecting myself and my friends. I looked up at them - from the outset they seemed okay. If anything, the experience at that point remained more entertaining than it was threatening. Staff stood by with grotesquely large and unexplained bouquets of flowers. They were at the ready to do anything the people around us requested, which included telling people who tried to approach the group to leave. I watched my friends being fed pieces of sculptured cucumber, they were laughing so I continued to dance.

However, later, as I sat down to rest briefly the man beside me gestured for me to cross my legs as (I assume) my posture was too masculine and I wasn’t behaving my role properly. Slightly surprised, I reexamined the people around me. That’s when I noticed four young Chinese women sitting in the different corners of the booth, several looked bored and one was sulking. As I watched them, a Californian man, who had been attempting to join the group by showing photos of naked woman on his phone to one of the men, appeared beside me. He lent over and shouted in my ear that he would get free champagne if he kissed me in front of the group. At that point, I decided to extract myself from the stage and disappear.

We thanked the men for the Moet and threaded through the crowd to the other side of the packed venue, but moments later one of the men had found us and started to grab my wrist and waist attempting to pull me back. Perhaps I had misunderstood the influence (or appearance of influence) this group had over the club. Given this, I had also failed to consider how little anyone could or would do to help us if we were in trouble. With recent reports of clubs being shut down at random for mandatory drug testing of every single person inside, trouble can happen so quickly in China. And you can’t ask questions.You can’t resist. Your status as a “foreigner” offers no protection either.

Early morning and with the entertainment of the evening wearing off, we agreed to leave the club. Once outside, we weaved through picnic benches and one man on all fours vomiting into the street gutter. We hailed down a taxi and ended another night in China.