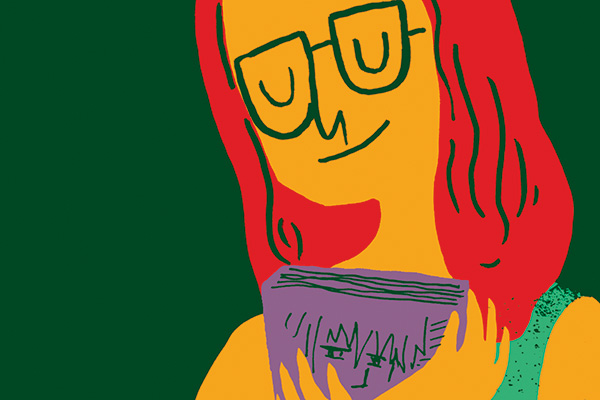 He had straight, shoulder-length blonde hair and iridescent blue eyes. He was tall and slender. His feminine facial features were offset, but also strangely complimented, by his voice (later I learned it was the voice of Christian Bale). His name was Howl and when I saw him for the first time I was wild for him. But how little did my pre-pubescent heart understand. Howl would never love me, or even realise I existed. He was trapped, confined to his own fantasy world – and a limited world at that – with a defined beginning and end. My first encounter with Howl ended almost abruptly. The lights turned on and I left the cinema, trailing behind my parents in secret dismay. There was an ache in my chest and, for a week, I was deeply confounded by the perplexities of loving a Hayao Miyazaki anime character: in essence, a really, really hot cartoon.

My first feature for the year is out now and I'd love you to check it out - just click here. The lead feature this week is written by my brother and provides a comedic commentary on his travel around Thailand. The third feature is written by Josie Adams and looks into the lives of local Dunedin strippers.

Email ThisBlogThis!Share to TwitterShare to FacebookShare to Pinterest
Label/tags: writing