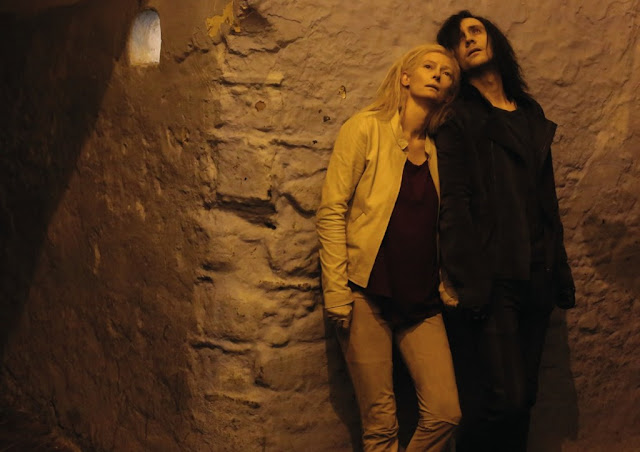 Some thoughts on Only Lovers Left Alive (dir. Jim Jarmusch, 2013)

I saw the latest Jim Jarmusch film Only Lovers Left Alive the other night.  It is a “vampire film” but not in any conventional sense - sure the characters have the usual tropes of enhanced strength and speed and the need to drink blood, but not too much is made of this. The emphasis of the film is placed on the length of time the main characters have lived - with allusions being made throughout to the creations that they have been responsible for over the years. This made the film feel like a meditation on creativity and immortality – particularly due to the main characters' musings and dissatisfaction with the way the world developed. One couldn't help but agree with the sentiments expressed by the central male character, Adam (Tom Hiddleston), as he discussed the wars fought over the years against the backdrop of an abandoned Detroit (where much of the outdoor scenes are filmed).

Only Lovers Left Alive is a very slow paced film - similar to Jarmusch’s last film, The Limits of Control.  Much time is spent travelling to nowhere in particular where often not a lot happens. It is a film to be looked at and admired for its beautiful imagery of people and old instruments. It is also a film that provokes thoughts on, and reflections of, the changes in the world one sees during one's lifetime.